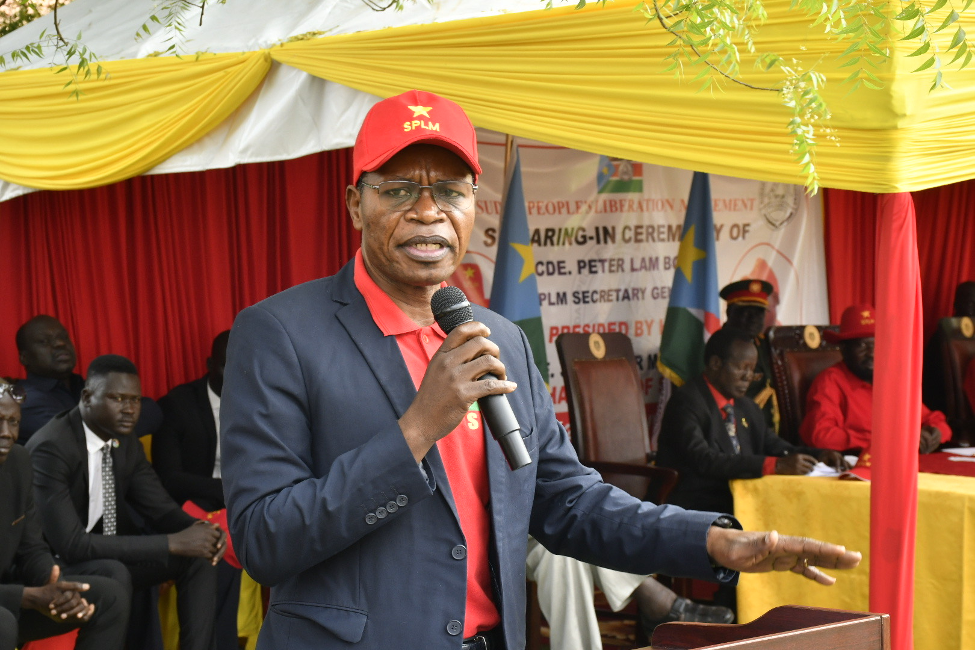 “Let me reiterate the call for opening SPLM political school to train and groom future leaders of the SPLM,” said Bakosoro.

He was speaking to party loyalists on Tuesday during the swearing-in ceremony of Peter Lam Both the party’s secretary general at the SPLM House in Juba.

Bakosoro said training for SPLM youth will enable them to develop the party.

“The SPLM will continue to shine as a people’s party rather than some individual’s party as it was in the past,” he said.

He called for internal reform within the party ahead of general elections.

“Comrade Chairman, it is time with your leadership to effect radical reforms within the SPLM party, we should be conscious and avoid assumption but instead improve the structures of the party,” said Bakosoro.