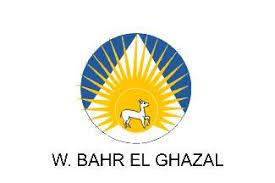 The Vice Chancellor of the University of Bahr el Ghazal has dissolved the Teaching Staff Association due to strike over unpaid salary arrears.

Prof. Victor Loku Kwajok, Vice Chancellor of the University of Bahr el Ghazal, said he dissolved the association to keep law and order in the university.

“The term of office is expired for them (academic association),” read a statement issued by his office last week.

It noted that the administrative 0rder takes effect from January 6th 2023.

On January 3rd, the academic staff of the university went on strike demanding their salaries be re-adjusted to the central bank rate. In addition, they also asked for training, medical allowances and ticket allowances.

Loku said that the Executive Body of Academic Staff Association earlier on refused the request of Hon. Daniel Malok Acuoth, the Chairperson of the Specialized Committee Council of States to call off the strike as the approved salary adjustment of new salary structure for the public Universities were being worked by the services and economic clusters of government.

Reacting to the news of the Dissolution of the association, the Chairperson of the Academic Staff Association at the university, Joseph Lual Dario, said they denounced the move and called for the immediate revocation of the decision.

Dario said that their academic staff association is an independent association which did not register under the administration of the University of Bahr el Ghazal.

Adding the Vice Chancellor has no power to remove or appoint the executive members of the Academic staff Association.

“This association is part of interest groups in South Sudan registered in the Ministry of Justice and Constitutional Affairs not in the Ministry of Higher Education nor under the specialized committee of higher education in council of states,” said Dario.

“The University of Bahr el Ghazal is no longer using the 1995 Act to run its affairs, but using the UBG Act 2013 which means it’s unlawful to quote 1995 Act as a reference to dissolve the ASA,” he added.

Dario said that the issue of attending the joint meeting was not communicated earlier to the executive office.

Dario added that the invitation letter of the administration did not included Hon. Daniel Malok who claimed to be responsible for the public universities which is not true.

“ Daniel Malok came to the office of ASA and threatened the few members who were around in the office to attend the meeting or arrest them,” he disclosed.

Daniel said some of their members have been arrested on Malok’s orders.

The academic staff association executive body was elected in 14th June 2022 and their two -year term will end on 14th June 2024 according to the ASA constitution of 2013.

“The dissolution of academic staff association of UBG is unlawful, and we therefore call for the cancellation of this decision which we considered as a technical mistake that can be corrected,” said Dario.