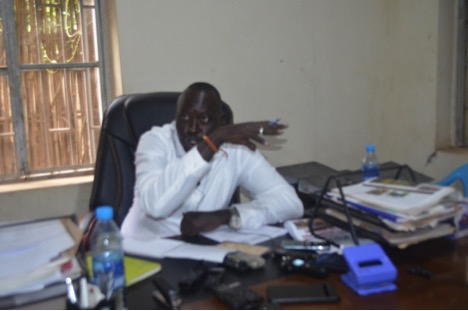 Tax collectors Are Cheating Our Members—Chamber Of Commerce

The Chairperson of Central Equatoria state Chamber of Commerce has criticized the collection of taxes from their members by two separate bodies.

Speaking to reporters during a press conference on Wednesday Robert Pita says that, some individuals from the City and Islamic Councils are collecting market dues from traders in Konyokonyo North market in Juba although Juba City Council issued a local order banning the collection of revenue from traders in the same market recently.

“Our innocent traders are really suffering because of illegal collections by some institutions and agent”, he sympathised.

“Illegal collection of revenue from traders in part of Konyokonyo North Market especially by members of Islamic council of South Sudan and some other groups and individuals is an illegal act and therefore banned with immediate effect,” the mayor’s order reads in part.

The Transitional Constitution of South Sudan (TCSS) ,2011, Local government Act 2009 on state local revenue authorities states that, any collection of revenue in the market is a role of the local government and those other government institutions mandated to do so through the approval of local authorities on the ground.