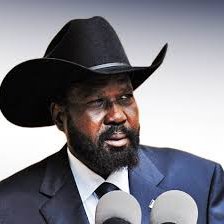 South Sudan President Salva Kiir has agreed to set up ad-hoc committee to look into grievances of jobless youth in the aftermath of recent violent protest and attacks on humanitarian agencies particularly in Eastern Equatoria state.

Baba Medan, Deputy Minister of Information revealed that this was agreed upon during cabinet meeting chaired by Kiir on Friday in Juba.

“The Council of Ministers have recommended the formation of the high level committee led by First Vice president Riek Machar and deputized by other two Vice Presidents,” Medan told journalists after the weekly cabinet meeting.

The committee will follow grievances raised by youth particularly the Monyomiji in Torit, Eastern Equatoria who have been violently protesting while accusing humanitarian agencies of denying them jobs.

On 28th April, these youth attacked and injured a UN staff and another NGO staff that led to suspension of humanitarian activities in Torit on the orders of state authorities in a bid to protect humanitarian workers from violent attacks.

Humanitarian activities resumed in Torit but on Thursday Monyomiji youth staged another protest, despite assurances from the Governor of Eastern Equatoria Loui Lobong Lojore to look into their grievances.

Several other violent attacks by unemployed youth have occurred this year, in Maban Upper Nile state and in Unity state leaving some aid workers killed.

Medan said that cabinet took this position after having been briefed Vice President Rebecca Nyandeng who had earlier on visited Eastern Equatoria to consult with state leaders and youth on the issue.

Medan assured that the committee is going to look into the unemployment issue across the country.