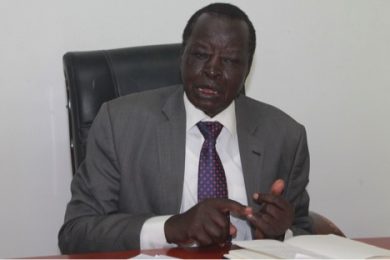 Members of the Revitalized Transitional National Legislative Assembly are urged to put the interest of the country first over seeking party interest.

Lawmakers have already been appointed and soon will assume the house with backlogs of issues to address.

A senior MP representing Gogrial West in the reconstituted parliament, Gen. Salva Mathok Gengdit, said if party interests were prioritized, it would curtail implementation of the peace deal.

“If we first understand interest and issues of citizens and then put second the interest of our parties, then we can assist the executive in implementation of the peace agreement,” Gengdit said.

“We can also assist the executive on how to handle issues of security, economy, corruption and employment of thousands of students who have graduated and are out of jobs,” he said.

Gengdit decried lack of enough sitting space for the huge assembly, adding that there might be anticipated wrangle over allocation of parliamentary committees.

“The sitting space will be a problem for this assembly, the formation of specialized committees will be problematic. It is a fight by itself because every party wants to get a seat. It will be an issue that needs to be negotiated,” he said.

Lack of a functional parliament has made it difficult to enact laws that could have assisted the transitional processes.

Such include security, economic and transitional justice reforms stipulated in the revitalized peace agreement.

Edmund Yakani, the Executive Director for Community Empowerment for Progress Organization said the establishment of the legislature is very important, noting that the parliament should quickly be sworn in to debate on the national budget.

“The parliament should open up the national budget debate, they should pursue implementation of the security arrangements specifically, elements of unification of ranks, unification of command and unification of forces,” he said.

Yakani said running cost of the appointed politicians in the revitalized transitional government is huge and that the payment of salaries, work benefits and allowances may help cater for the provision of essential services in states.

The National legislative Assembly was reconstituted by President Salva Kiir on May 10 after having dragged reconstituting it for over a year despite having formed the executive arm of the government a year ago.

The Assembly has 550 MPs based on the revitalized peace agreement.