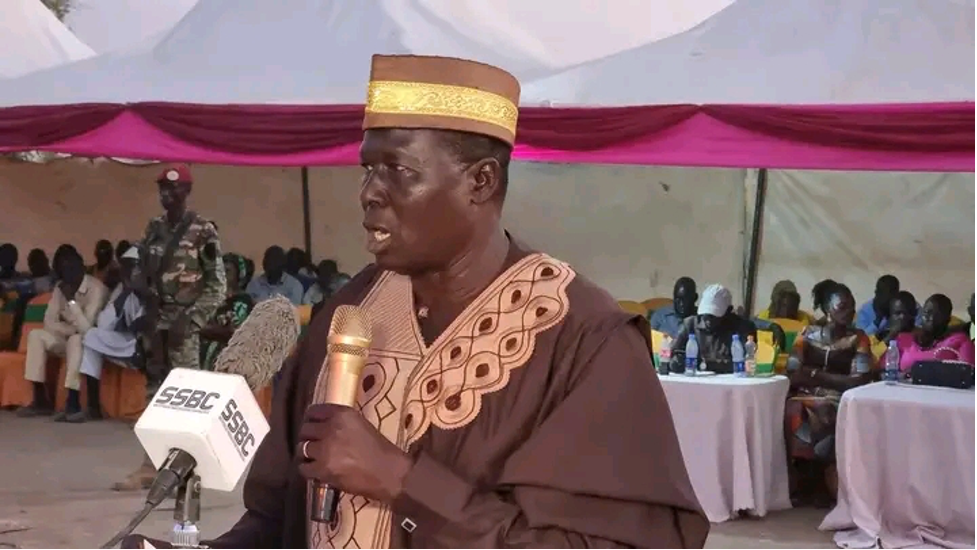 “I want to tell you that we want those who are united; this tournament that I am opening today signals a way forward for you to do everything in unity. Leave politics and do what can eliminate poverty and antagonism,” said Tong while opening football tournament in Aweil North County on Tuesday.

He urged youth, women and elderly to form associations which promote economic welfare of the community.

“Work together as a team and do farming together, the government can step in and help fund you,” said Tong.

“I have toured many parts of the state since my arrival, but I got surprised at seeing youth drinking alcohol, some others were playing dominoes,” said Akol.

The football tournament aimed at making youth preoccupied will last for the entire month of January.

The tournament is funded by Deng Wal Achien, the executive director in the office of the president.

According to the United Nations, Northern Bahr El Ghazal State remains one of the most food insecure states currently in South Sudan.

“The scale and severity of acute food insecurity remain high during the December-January 2023 harvesting period due to the recent and protracted impacts of floods, conflict, and poor macroeconomic conditions on households’ physical safety, access to typical food and income sources, and purchasing power,” said the UN Famine Early Warning Systems Network in it’s December2022-January 2023 update.

Northern Bahr El Ghazal is joined by other flood and conflict-affected areas such as Jonglei, Unity, and Upper Nile.