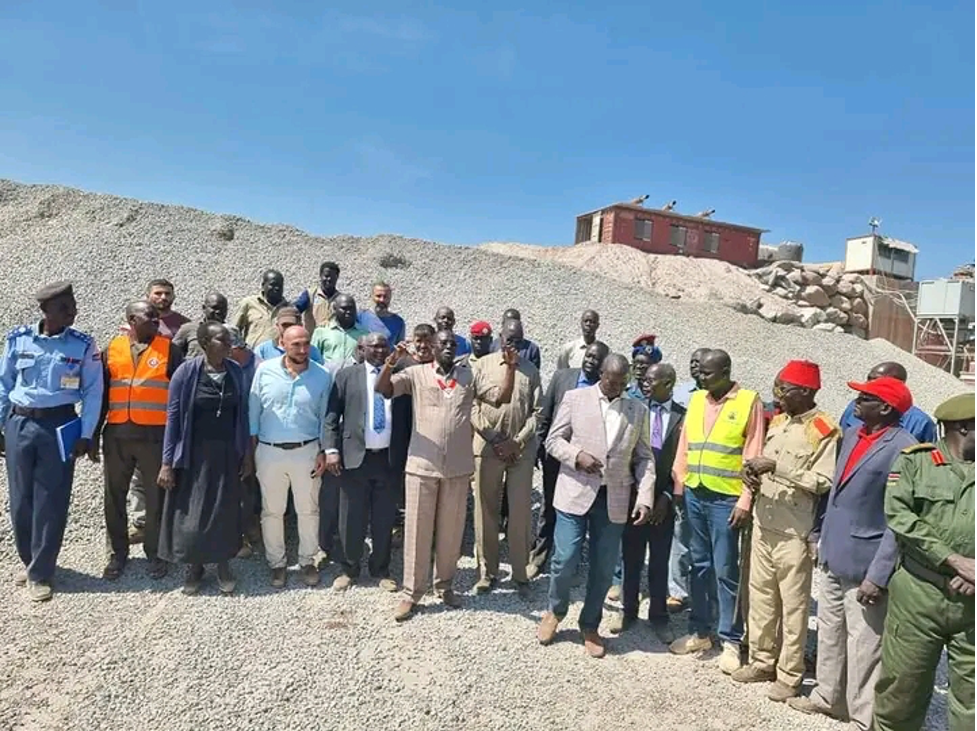 The 392 km Juba-Rumbek road is supposed to connect six other states including Northern Bahr El Ghazal.

Mijok was accompanied on this tour by the Minister of Transport, Dut Biar Yel.

The team inspected sites in Aweil Center County where gravel stones and murram for road construction are stationed.

Tong Aken Ngor, the Governor of Northern Bahr El Ghazal State led another team to Aroyo area to discuss with local residents on provision of gravel stones and murram for the road construction.

“The roads will be connected, Rhino Company will take over the role of the bridge and finish it in an agreed timeframe,” said Mijak.

On Tuesday, the delegation set off for Peth Lou to inspect the highway under construction by Africa Resource Company (ARC).

Heavy flooding since the start of this year has disrupted several road projects under construction in Northern Bahr El Ghazal State.