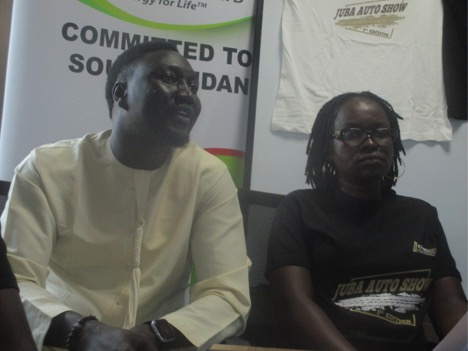 Fuel dealers in Juba are increasingly wary of the upcoming Kenyan national elections in August due to fears that fuel prices may increase due to post-election tension.

Talib Juma, Managing Director of Bros Group Companies said fuel prices are already high at the moment due to the Russia-Ukraine war that erupted in February.

“We all get fuel from the foreign market, it enters through Kenya and it is highly taxed and prices increase, but the one that reaches Juba has lots of taxes attached to it,” Juma told journalists in Juba on Friday.

He warned that the upcoming Kenyan elections being contested by Raila Odinga Amolo and Vice President Ruto William.

The two main contestants were once close allies but have since fallen out due to rapprochement “Hand shake” between current President Uhuru Kenyatta and Odinga.

This came after the SSP depreciated against the U.S dollar at the central bank of South Sudan.

In the parallel market currently the SSP is exchanging with the dollar at 51 SSP from the previous 43 SSP.

“One little of fuel at the moment is selling at 1.4 dollars in South Sudan, but in Nairobi it is 1.6 dollars and in Kampala is 1.8 dollars, currently we are selling at the lowest price of fuel in East Africa,” Juma said.

Miriam Dangasuk, Head of Programs of Trinity Energy, blamed the fuel price hike on the introduction of fuel marking system by the government.

“Whenever the fuel comes to the market, it has to be marked and this is mostly to ensure that all companies pay taxes and this has increased the prices of fuel,” Dangasuk said.

“As you know most of the fuel that comes to the country comes from the neighboring country of Kenya, and whenever there are challenges in Kenya fuel price increase,” she added.