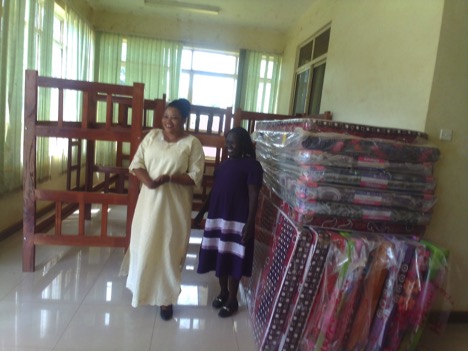 The government of Eastern Equatoria State received at least 16 mattresses and 8 double beds as donation from the EVE organization to help accommodate gender based violence (GBV) victims in Kapoeta.

The state now has two “safehouses” one located at the state capital in Torit under the ministry of Gender to handle GBV cases .

Jeniffer Nabongorika, Eastern Equatoria State’s minister for Gender and social Welfare decries the bad cultural practices that have continued to put women and girls in misery throughout their lives

“The ministry is committed to make changes in some of the harmful practices like wife inheritances, beatings, denial of women rights, force and early marriages among others When we talk of greater Kapoeta that is the source of all the cases in Eastern Equatoria State”, Said the Minister.

“We are giving the 8 double deck beds with 16 mattresses aims at providing some support to the safe house where the survivors of GBV seek shelter and so we are in the fore front of this fight and we want to work together with the ministry of gender and the government of Eastern Equatoria so that we improve the situation for women. “ Said the head of programs