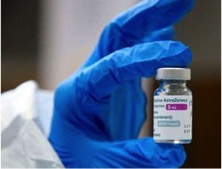 The South Sudanese Ministry of Health has scaled down the number of COVID-19 frontline health workers due to funding shortfall.

Angelo Goup Thon, Manager for the Public Health Emergency Operation Centre said that about 27 out of 97 health workers have been laid off.

The busy Nimule border town the main gate way for trade with East African countries was among the affected areas.

“Nimule has been our concern at the operational level here (in Juba). This is one of the big gaps that we need to look into, the whole team of Juba has come back because there is no accommodation and incentives,” he told The Juba Echo in Juba on Tuesday.

South Sudan received only 41 percent of the 160 million U.S dollar budget from the World Bank and international donors to support it’s COVID-19 response.

Thon revealed that the remaining 5 staff from the ministry of health operating in Nimule are being overwhelmed by the work load at the busy border point.

He added that they are revising a specific plan for Nimule border and the entire COVID-19 preparedness and response plan for the entire country.

He however, noted that cases of COVID-19 infections are now at the lowest point since February when the country reported surge in cases.

“We are very concerned with the new variant in India which has also been reported in Uganda and some neighboring countries,” said Thon.

As of Monday, South Sudan confirmed one new case of COVID-19 bringing the cumulative number of cases to 10,654 and 115 deaths, since April 6th last year, when the first case was registered.