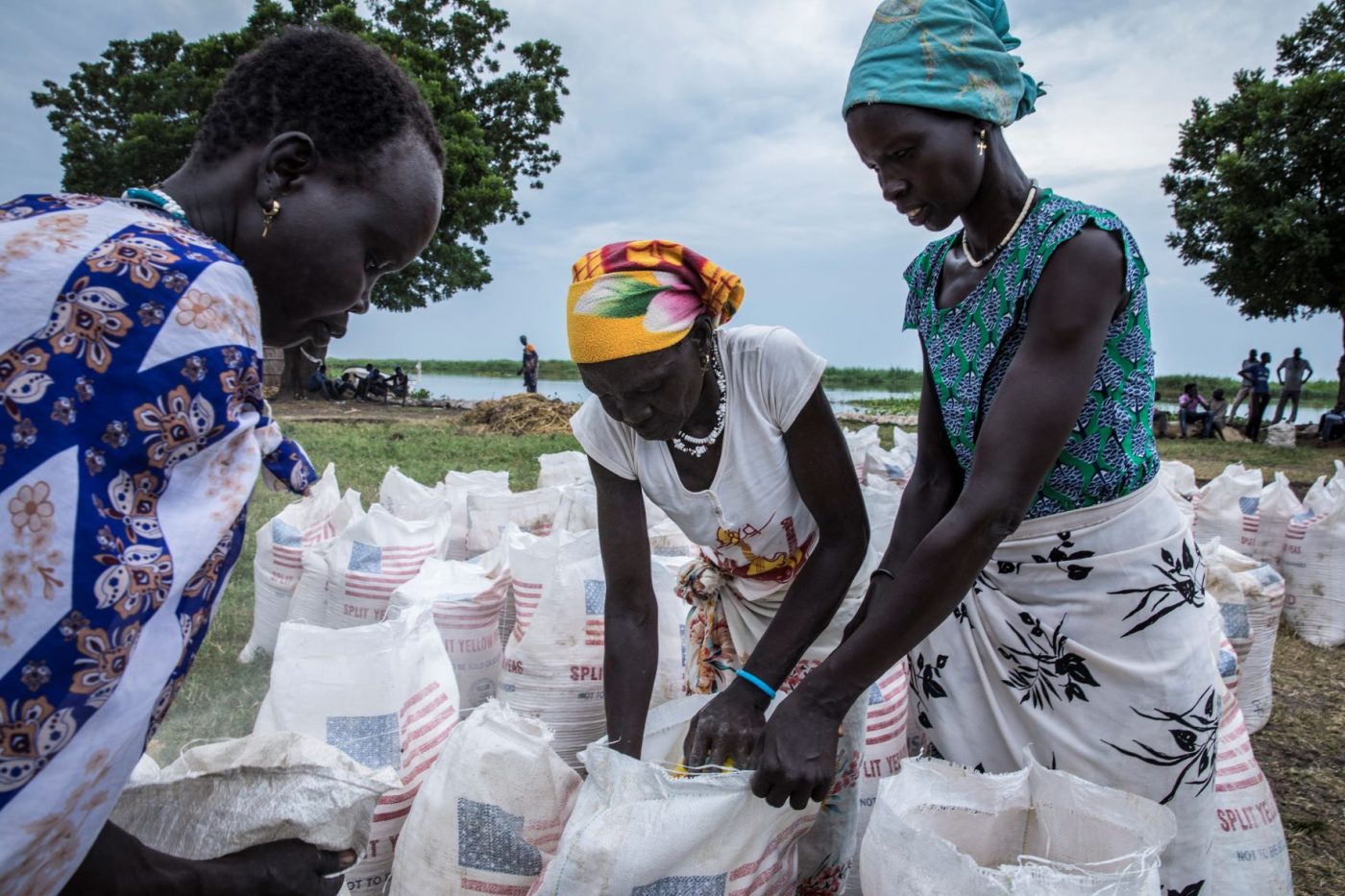 The United Nations World Food Program has suspended the provision of food assistance to more than 100,000 internally displaced people in South Sudan.

The move, prompted by a funding shortfall will affect IDPs in camps in Wau of Western Bahr el Ghazal State, Juba, the capital, and Bor South in Jonglei State, the UN food agency said in an emailed statement.

Starting in October, it will go on for three months and until the new year, when WFP will resume its monthly food assistance for internally displaced people in those camps from January to September 2022, WFP said.

“Drastic times call for drastic measures. We are forced to take these painful decisions and stretch our limited resources to meet the critical needs of people who were on the brink of starvation and now risk slipping back into catastrophe if their access to food diminishes,” Matthew Hollingworth, Representative and Country Director of WFP in South Sudan said in the statement.

“If funding levels continue to drop, we may have no choice but to make further cuts as the needs of vulnerable communities continue to outpace available resources,” Hollingworth said.

He said the agency requires an additional US$154 million to provide food assistance in sufficient quantities over the next four months.

The agency said the three-month suspension is part of a broader reduction in food assistance that WFP announced in April across all camps which is affecting 700,000 refugees and internally displaced people who now receive half the caloric contents of a WFP food ration.

“Mothers and children between six months and two years of age who live in camps will continue to receive nutrition assistance for the prevention and treatment of malnutrition,” WFP said.