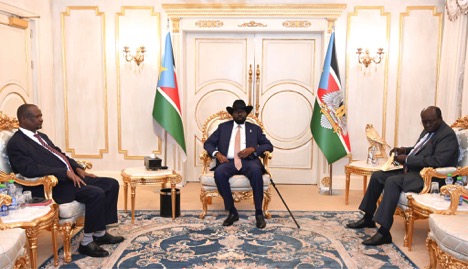 The Vice President for Infrastructure Cluster Taban Deng on Wednesday called on the the people of Unity State to unite and shun violence following the recent executions of suspected killers of the Mayom County Commissioner.

Deng revealed these remarks during meeting with President Salva Kiir in Juba where they particularly discussed the deteriorating security situation in Unity State.

Deng also informed President Kiir that civilians are leaving their homes in Unity state following displacement by recent flooding in the state.

In addition, both parties also discussed how to start implementing the recently extended transitional period to transition the country towards total peace and stability.