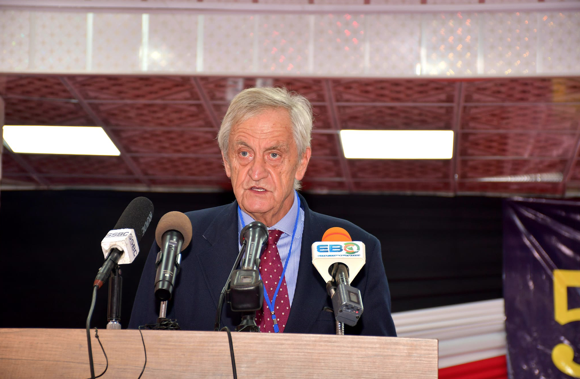 The United Nations Peacekeeping Mission in South Sudan said on Friday that it continues engaging the government to explore opportunities to jointly address escalating feuds between cattle keepers and farmers.

Nicholas Haysom, the UN Special Representative to the Secretary-General (SRSG) for South Sudan, said the mission will work closely with the government to foster a secure and productive environment.

“Looking forward, we will continue engaging the government to explore opportunities to jointly address the perennial conflict between cattle keepers and communities in Greater Equatoria and in Jonglei,” Haysom said during commemorations of the International Day of United Nations Peacekeepers in Juba on Friday.

Haysom said the partnerships with the government and communities are critical for peacekeeping to achieve results.

“We have a vital role to save lives. But we must also build local capacities and look for durable and longer-term solutions.”

Cattle often destroy crops and farmers kill cattle threatening their harvests whenever herders move their animals in search of water and pasture.

Conflict erupted in March and May after the herders from Jonglei State arrived in the country’s southeast to graze their cattle on lands used for farming.

Tensions regularly arise between shepherds and farming communities during the migration season in South Sudan.

Displaced pastoralists armed with guns have been migrating onto lands occupied by farming communities, recently, stoking a new series of conflicts in the war-torn nation and threatening food supplies.