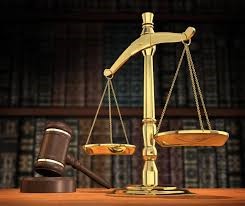 Guit County commissioner Kawai Chany Bur told Juba Echo that Mr. Daniel Deng Gatluak a south Sudanese national was killed in a retaliatory attack by the relatives of a General who was allegedly killed by the relative of the deceased WHO staff in Guit town last year.

Mr. Kawai who said the revenge killers are still at large also revealed that the situation is now calm and the police forces already visited the scene to commence investigation in to the incidence.

“The revenge attackers are living in Guit County, and they are known to everybody, we did not arrest them because they ran away after shooting dead the humanitarian worker, I communicated this to all police units in the County and in the state and sooner or later this culprits will be under arrest.” Chany added.

Last year a Maj general was killed by revenge attackers in Guit county main road to Bentiu town when he was moving with his bodyguards.

The commissioner accentuated that the attackers who killed the humanitarian worker were around six people in number and he raised hope that they will soon capture the goons whom he said will face full repercussion of their horrible act.

According to Chany more than 21 people lost their lives to revenge attacks and killings in Guit County with a short space of time.

From 2019 hitherto, so far eleven humanitarian workers attached to MSF, UN Individual contractors, National NGOs and other humanitarian staff were killed in Bentiu PoC because of revenge killing.

Meanwhile the United Nations Office for the Coordination of Humanitarian Affairs OCHA,field officer based in unity state  Ruger Kawa recalled that the humanitarian worker was forced out  by revenge killers in Bieh health facility and assassinated  in front of people.

“Mr. Daniel Deng was killed when he was saving the life of innocent IDPs camp residents in Bieh just 4 kilometers from Bentiu town, he was killed because someone else was killed by a member of his sub-clan. Mr. Ruger said.