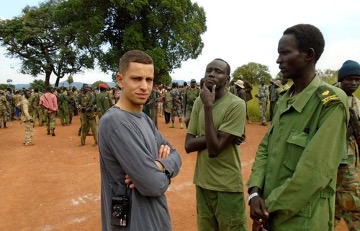 The United States on Friday renewed calls for an investigation into the killing of freelance journalist Christopher Allen who was mistaken by the South Sudan People’s Defense Force (SSPDF) for rebel fighter in 2017.

“The U.S. Embassy renews its calls to the government of South Sudan to conduct credible inquiry into Mr. Allen’s death and to share its findings with Mr. Allen’s family,” the Embassy disclosed in a statement in Juba.

Since Allen’s  death, his parents have made repeated attempts to find out how he was killed, using multiple avenues in both the United States and the UK to push South Sudan’s government for answers but these have been futile.

“It is our fervent hopes that such an inquiry will help give Mr. Allen’s family the closure they deserve by holding accountable those responsible for his death,” it said.