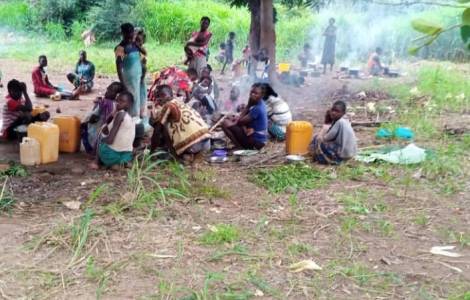 The United Nations Commissioner for Refugees or UNHCR, says it’s alarmed by the escalating armed conflict in South Sudan’s Upper Nile state which has displaced at least 20,000 people since August 2022.

UNHCR says some of them forced to flee for their lives up to four times as the conflict rages. At least 3,000 people have already fled to neighbouring Sudan, further intensifying South Sudan’s refugee crisis, the largest in Africa.

The armed conflict erupted in the village of Tonga in Upper Nile on 15 August 2022. Violence has since spread further in Upper Nile, northern parts of Jonglei and Unity states. It is currently advancing in Upper Nile’s Fashoda county and is threatening the town of Kodok.

“Desperation is rising, and more people are fleeing as conflict intensifies,” said UNHCR’s Representative in South Sudan, Arafat Jamal. “Civilians are under attack in this ruthless conflict; we must ensure their protection.” Reads part of.a statement by the UNHCR seen by Juba Echo.

The Refugee Agency says Women and children and others at high risk make up the majority of those displaced. Some older people or those with disabilities have been unable to flee, compelled to hide in bushes and along the White Nile River during attacks. Fleeing civilians are visibly traumatized and report killings, injuries, gender-based violence, abductions, extortion, looting and burning of properties. Many have lost their homes and been separated from their families.

The conflict in Upper Nile State is between two military generals Johnson Olony and Simon Gatwech who were allies, signed a peace deal with South Sudan’s unity government.

However, the two generals have fallen apart and violence has resulted in Upper Nile State threatening to engulf the entire greater Upper Nile region.