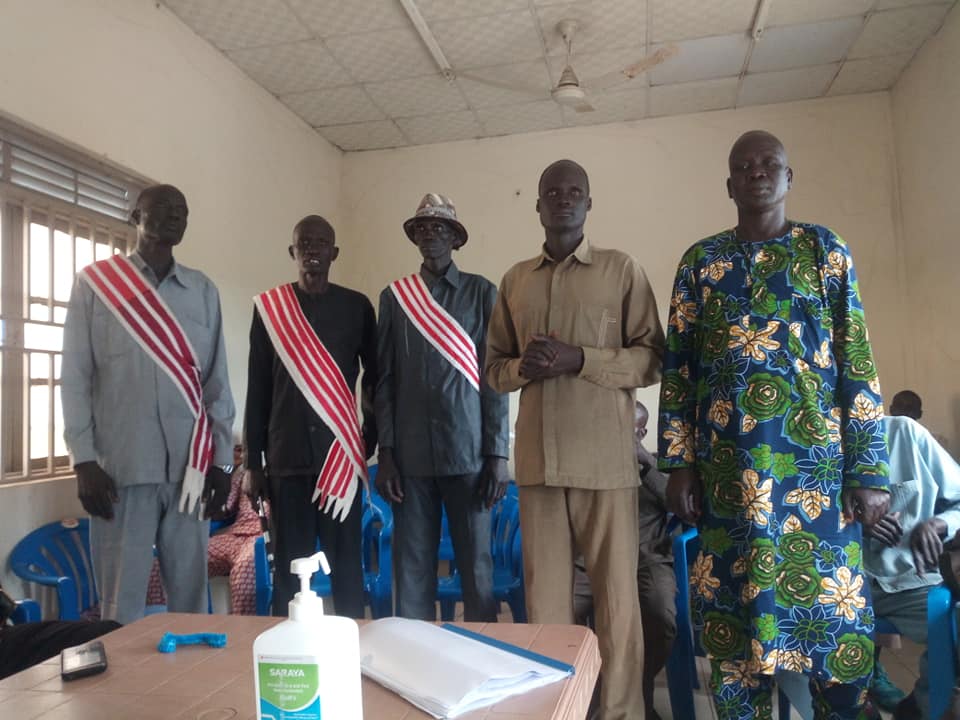 “No one forced them to declare their allegiance to the government, it was their choice of their interest to declare themselves, the declaration was supposed to be in August, but they were waiting for the commissioner.” Mr. Deng told Juba Echo in a telephone interview.

In June 2022 SPLM-IO and the government under Koch commissioner disagreed over deployment of armed youths leading to clashes and displacement of many civilians in southern unity.

One of the SPLM-IO Paramount chiefs who defected to the government under Koch County commissioner Mr. Tharlel Kueth said they had made the decision because they were abandoned by SPLM-IO in Mirmir Payam.

“It was because of the failed leadership of SPLM-IO in Mirmir cantonment site, the SPLM-IO leadership did not give us directives during the formation of the Transitional government of National unity.” Chief Tharlel Kueth who had 30 years’ experience in traditional leadership told Juba Echo.

However, Jaak Payam Chief Gattuor Wuor Chuothngual, one of the traditional leaders in the area said he is still loyal to SPLM-IO leadership in Koch county.

“I am here to implement the revitalized South Sudan Peace agreement with the government, other members declared themselves, but I refused because I am here for peace.” Chief Wuor said.

In response to the Sudan People Liberation Movement in opposition SPLM-IO liberation members Mr. Daniel Malith Gatluak in Koch County has told Juba Echo that the 15 members of SPLM-IO in Koch were forced by Koch commissioners to defect to the government.

“The declaration was forceful, those who refused to declare themselves were arrested and they are now under police custody.” Said Malith