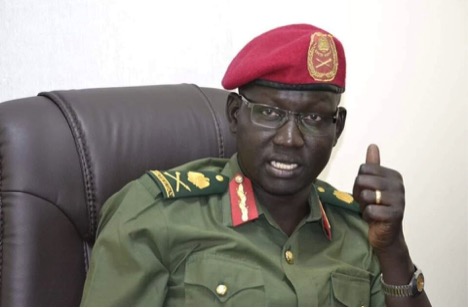 South Sudan People’s Defense Force (SSPDF) top commander has ordered probe into the suspicious killing of suspects’ alleged to have been behind the recent killing of the Mayom County Commissioner and government soldiers.

Gatluak Majiok, suspected to be the mastermind of the attack on the late commissioner appeared in the same video being burnt to death alive in a small hut.

“We have been disturbed by images circulating on social media and so the decision which was taken by chief of defense forces is that competent investigation committee is going to be formed,” he told The Juba Echo in an interview in Juba.

The suspects were arrested by the Sudanese forces in connection to the killing in July of the commissioner of Mayom County and 12 other people.

“Then those who are behind the extrajudicial killing are going to be brought to book. It was totally inhumane,” Koang said.

“We really want to know if they were real suspects behind the Mayom incident and who received them from Sudan after it was alleged and who ordered their execution,” he added.

He denied the SSPDF  top leadership authorizing  the execution of prisoners of war.