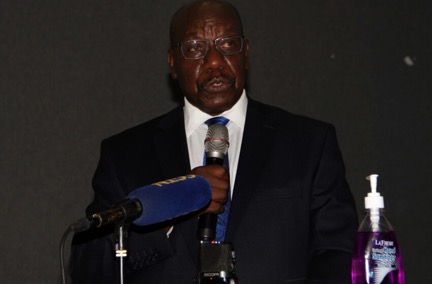 The South Sudan Ceasefire monitoring body is calling on the revitalized government of national unity to avail necessary resources for immediate graduation of unified forces.

Maj. Gen Charles Tai Gituai, the Chairperson of Reconstituted Joint Monitoring and Evaluation Commission (RJMEC) said it was high time for security tasks stipulated in the peace accord to be fully implemented now.

“We urge the unity government to adequately fund the transitional security arrangement to expedite and complete the unification of forces,” he told the gathering.

He was speaking at the 17th plenary of the Reconstituted Joint Monitoring and Evaluation Commission in Juba on May 20.

According to the 2018 peace deal, the unified forces composed of oppositions and government armies.

They were supposed to be graduated before the end of the Pre-transitional period which ended in February last year but it never materialized.

The forces were also to take charge of security during the ongoing transitional period across the country.

However, the government has been citing lack of funds as a measure blockage why the graduation of the forces did not take place since last year.

In 2020, the government pledged more than $1.4 million to fund the implementation pending tasks but it only deposited $400,000 into the National Pre-Transitional Committee account.

According to the ceasefire Chief, the government has failed to fund the security mechanism.

“The cantonment sites and training centers continue to be abandoned due to constant lack of food, medicines, shelter facilities and hygiene item for women,” Gituai said.

The peace Monitor warned that the conditions at training and cantonment sites may worsen during the rainy season as soldiers will face hunger and possible outbreak of diseases.

“The conditions in both cantonment and training centers continue to deteriorate and can only get worsen with onset of the rainy season,” he concluded.

Lack of food and basic necessities have continued to hit the cantonment sites across the country since the soldiers were cantoned.

But in response, the government promised to graduate the forces unified before May 31, a plan which has not yet materialized.