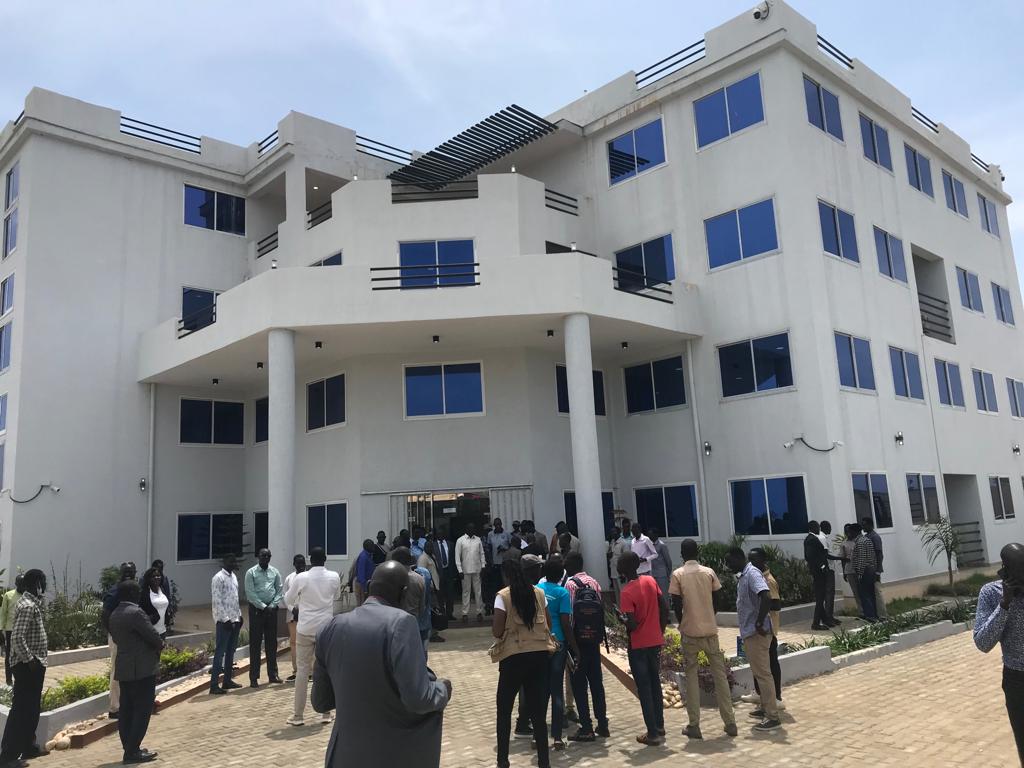 The Undersecretary for the Ministry of Petroleum, Awow Daniel Chuang on Friday visited South Sudan Geological Data Centre in Juba which has been under construction since last year. The facility has now reached its completion stage and is located at the Checkpoint area adjacent to Jebel Kujur and UNMISS.

“This data centre is very important for the Ministry of Petroleum and also the Ministry of Mining because this data centre is meant to house all the geological data of South Sudan. The construction of this building started last year and it took one year only before its completion. Our visit today is actually to see the final status of the building and as you have seen is already completed and we have also started to furnish some of the offices,” Awow said.

The Undersecretary also said the petroleum ministry has procured three aircraft, of which one would be used for geological mapping in South Sudan.

“We in the Ministry of Petroleum have also started to purchase an aircraft that will be doing the mapping of the data of South Sudan because since we became independent, South Sudan didn’t have any data centre and this data centre is key and is going to be one of the most important facilities in the region not only in South Sudan because it will be housing geological data about Hydrocarbons and about minerals as well. And we are also having three aircraft and o aircraft is actually meant for mapping hydrocarbons and minerals and two aircraft are meant for the dusting of crops,” he added.

Mayik Kornelio Koriom, the General Manager for the Nationals for Engineering and Logistics Solutions company that constructed the building, said the facility cost $3.7 million.

“We are the company that has been constructing this facility and it costs around $3.7 million. You know we are following the specifications and the guidelines from the Chief Engineer because it must be durable actually. It is not us actually who came up with the design, but it was a collaboration between the ministry of petroleum and our engineers and most of the building materials were imported from outside the country to ensure this building is secure,” Koriom said.

Despite being one of the richest in terms of minerals and oil and gas, South Sudan has had no geophysical data centre since its independence in 2011.

The petroleum ministry says it will do geological mapping using the biggest aircraft for mapping that it recently purchased worth $2.2 million.