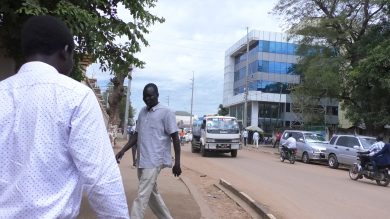 A decade after independence, South Sudanese are yet to experience true citizen’s participation in the running of the governance of the country. Many citizens, civic actors and political commentators point to the shrinking civic and political space in the country. The ruling elites will do everything to protect the political space. At the moment state processes and institutions remain politicized and captured by the ruling elites and the liberators. There is need to remind the leaders and the government to renew commitment to the values that motivated the struggle for freedom.

The Revitalized Agreement on the Resolution of Conflict in South Sudan (R-ARCSS) signed in 2018, remains the most viable framework for peace and an inspiration of hope for the country. It has allowed the country enjoy uneasy peace. Unfortunately, its sluggish and unpredictable implementation is very concerning and ruins all hopes to restore stability through the accord; and there appears to be a lack of political will. In the reality of this uncertainty, civic actors, diplomatic and political strategists in South Sudan have to deploy multifaceted approaches to salvage the peace process and mitigate the risks of renewed violence. The glimmer of hope will come if the signatories to the agreement stepped up the implementation of the accord.

Key provisions of the peace accord require citizen’s participation including the constitution, transitional justice and elections of leaders at the end of the transitional period.

The process of permanent constitution-making as provided for in the 2018 peace accord in South Sudan avails a good chance to learn from past errors and respond to the people’s needs, be inclusive, and participatory process encompassing all stakeholders. Constitution making is a contest over the distribution, redistribution and limitation of power. If given the due attention it deserves, the making or remaking of a constitution is of particular significance in a divided and conflicted society such as South Sudan, where the process is part of peace making and nation building endeavours. Constitutional outcomes will be more sustainable if those who experienced past injustices are involved in creating new solutions. The launch of the permanent constitution-making process opens the door to correct past faults of the process and the current constitution. To do so will require involving a greater representation of interests than those that have produced the current constitution or successive peace agreements that merely consolidated the status quo in leadership and the situation.

Chapter five of the peace accord is dedicated to transitional justice process and institutions. The war left nearly 400,000 people dead and thousands have experienced gross human rights violations. These victims and survivors need justice. The proposed transitional justice processes and institutions in South Sudan are both a key test of the political commitment to pursue justice for victims of human rights violations and breaches of the laws of war and also a major test for the consolidation of peace in the country. The absence of the victims in the search for justice is a draw back in combating the lack of political will in the pursuit of justice and accountability. In this context, the participation of victims strengthens their voices in the hope of transforming the victim to agent, leader and activist for transitional justice. It requires the mobilization of the victims and survivors of abuses to organize and participate in the search for justice and accountability.

Finally, at the end of the transitional period, South Sudanese will have to choose their leaders in an election. Electoral processes offer political parties and civic groups an opportunity to mobilize and organize supporters and share alternative platforms with the public. Elections also serve to encourage political debate and public dialogue. Election are anchored on participation. It is a non-delegated function.

Therefore, many key activities of the peace accord, required the participation of the people of South Sudan. It is human right and a right they have to exercise to realize good outcomes of the transitional period. The masses should try to avoid upward delegating to the current leaders. Participation creates the sense of ownership of the processes and outcomes. It also makes sustainability efforts possible. There are no reserved seats at the banquet table. The right to participation will not be given but demanded and claimed.