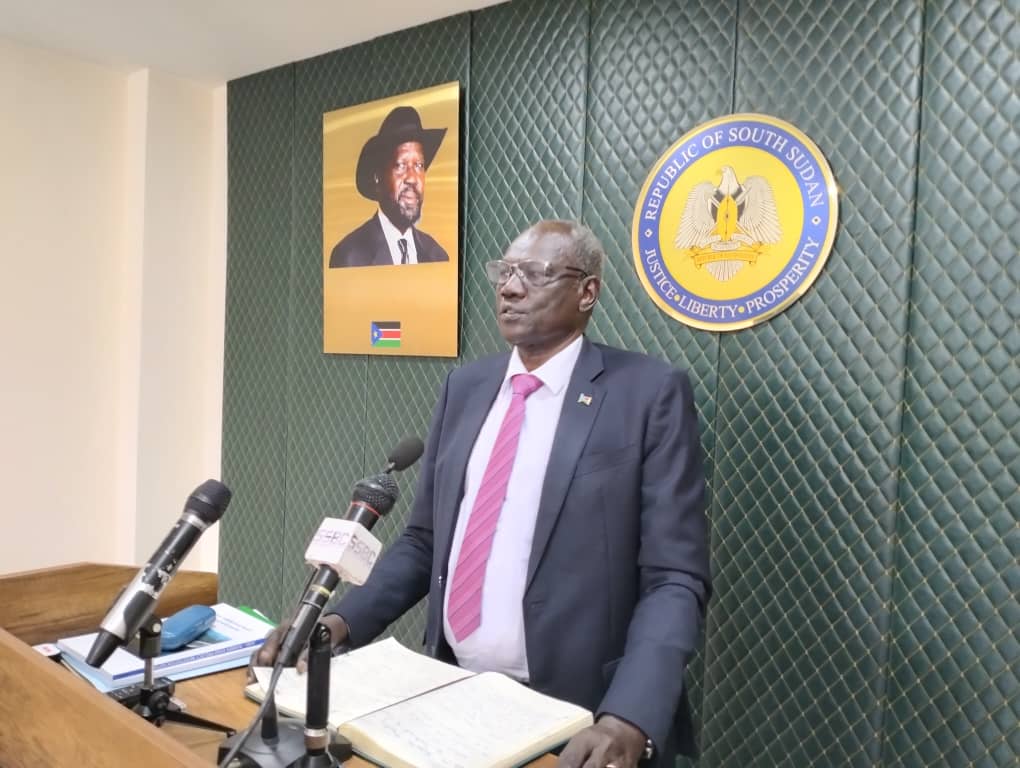 South Sudan’s cabinet on Friday passed the joint commission to speed up the implementation of the bilateral cooperation agreement signed in 2019 with the government of Kuwait.

Ruben Madol, Minister of Justice and Constitutional Affairs presented before the cabinet the agreement on the establishment of the joint commission which was unanimously passed at the meeting chaired by President Salva Kiir in Juba.

“This is actually an agreement signed a long time ago, it was signed in 2019 when Awut Deng was the Minister of Foreign Affairs, and that agreement was signed between the two countries subject to ratification and it had not yet been presented to the cabinet,” Michael Makuei Lueth, the Minister of Information and Communication told journalists.

He disclosed that the Kuwait government had already ratified this agreement pending South Sudan doing the same.

“They (Kuwait) were waiting for the government of South Sudan to ratify it, and today it was passed by the cabinet and the next stage is to be presented to the parliament for ratification,” Makuei said.

He, however, did not divulge details of this bilateral agreement when pressed by journalists.

In addition, Makuei said that Simon Mijok Mijak the Minister of Roads and Bridges and also Acting Minister of Transport briefed the cabinet on his proposed visit to the Gulf state of Qatar.

“There is a proposed MoU to be signed for bilateral Air services agreement between the state of Qatar and South Sudan, this agreement is supposed to be signed on 19th June 2022, the minister (Mijak) briefed that this is an unintended agreement that he has to go and sign on behalf of the Minister of Transport,” Makuei said.