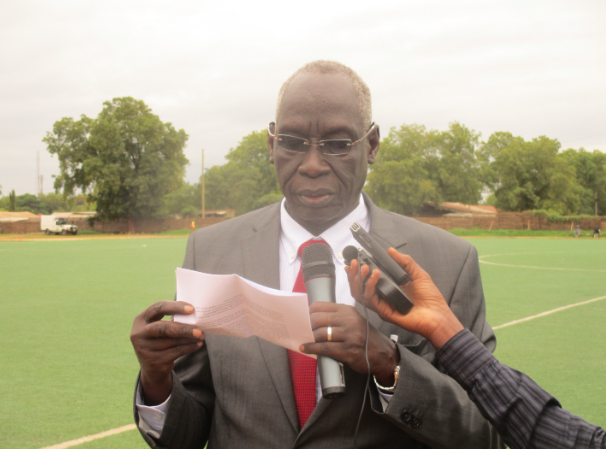 South Sudan is hosting 343 refugees and asylum-seekers from Sudan, Lt. Gen. Bol John Akot,
Commissioner for Commission of Refugees Affairs said.
Akot said that most of these refugees are living with host communities in Upper Nile and Ruweng Administrative Area.
“South Sudan is a home to over 343 refugees most of the refugees live in settlements along with the host community,” Akot said during World Refugee Day Football Match in Juba on Wednesday.
“There are a million children, more than 343 refugees, asylum seekers in South Sudan, and more than 2 million IDPs. The majority of refugees in South Sudan reside in Upper Nile, Ruweng Administrative Area.”

Akot said that South Sudan’s refugee crisis remains the largest in Africa, with over 2.3 million refugees generously hosted in neighbouring countries, mainly Ethiopia, Kenya, Sudan, and Uganda.
He disclosed that most refugees are women and children, most of whom flee across the border alone.
“Women and children represent 80 per cent of total refugees’ population and accumulated numbers 565 have voluntarily returned to South Sudan.”