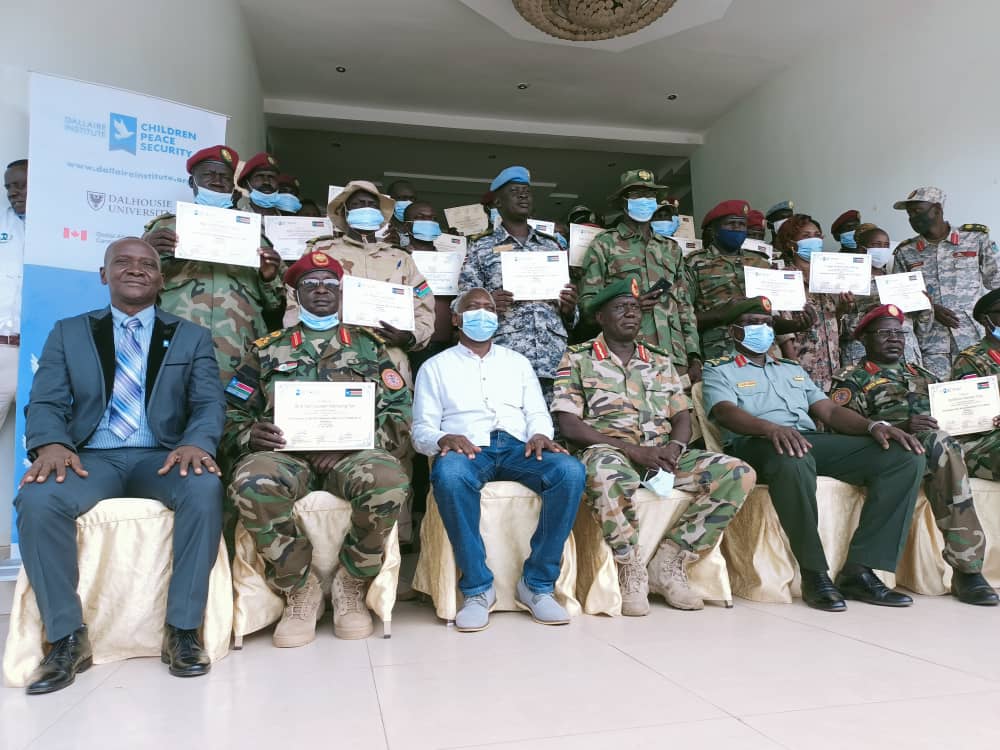 The South Sudan Defense Forces and two other groups have maintained interest in weeding out children from their ranks as the country seeks to build a professional force.

About 33 officers from the SSPDF, the Sudan People’s Liberation Army in Opposition and South Sudan Opposition Alliance attended a five-day workshop in the capital Juba aimed at helping them prevent children from joining armed groups.

The workshop was organized by the Dallaire Institute for Children, Peace and Security in partnership with SSPDF directorate of child rights and child protection.

Speaking at the closure of the workshop on Friday, Maj. Gen. Chaplain Khamis Edward, the Director of Child Rights and Child Protection Directorate in the SSPDF said the training will help officers identify children and weed them from their ranks.

He appealed to partners to continue providing capacity building to army officers so that they have a clear knowledge on the protection and use of children in the army.

Edouard Munyamaliza, the Country Director of Dallaire Institute for Children, Peace and Security expressed continued support to the forces on matters related to child soldiers.

For his part, Brig. Gen. Angelos Dhal Agok, the Deputy Director of Child Rights and Child Protection Directorate said there is need to protect children from enlistment.

“Let’s use the knowledge gained today to delist our country from the list of shame,” Agok said.