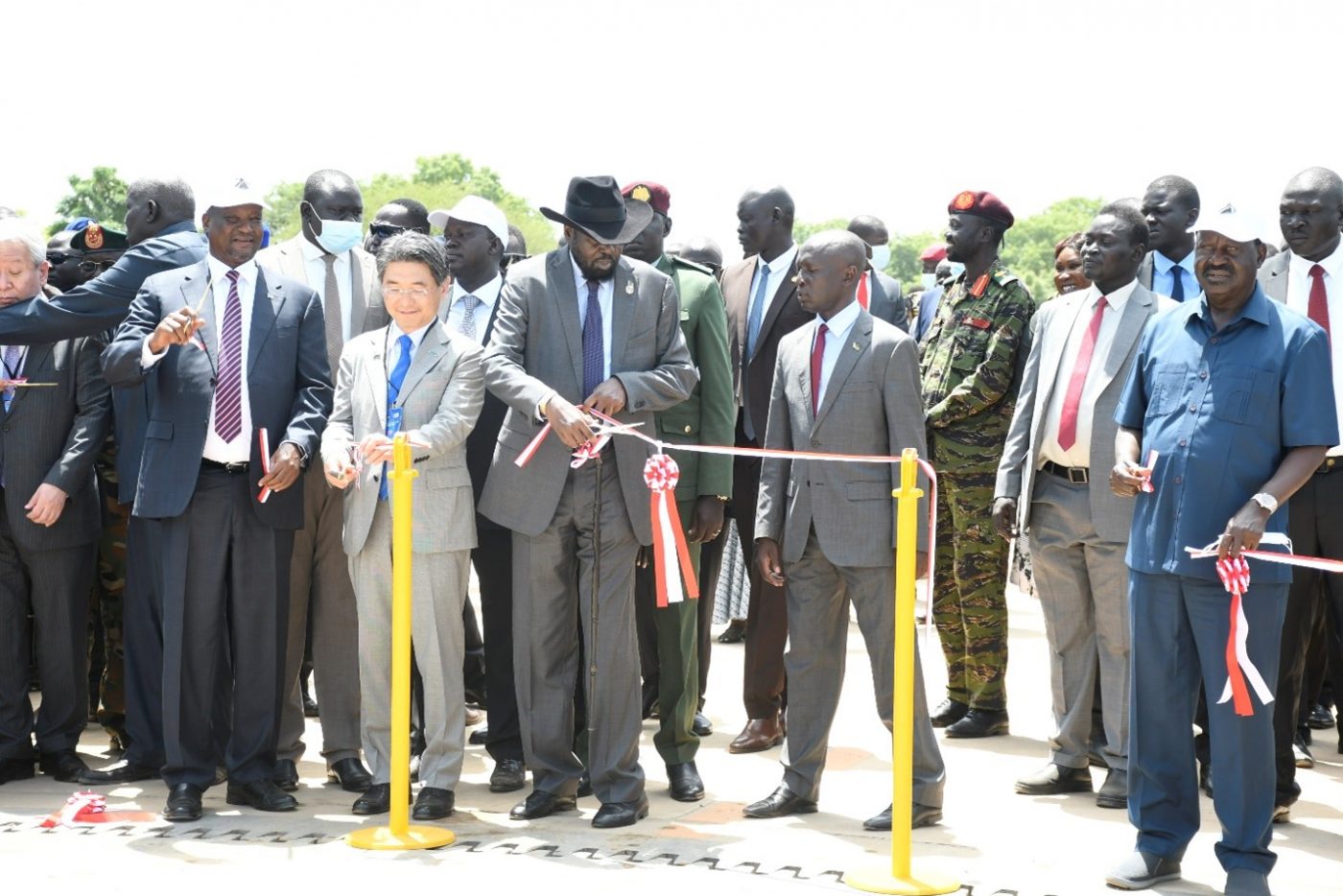 “The bridge we are inaugurating today has been a project in the works for a very long time, the need for this bridge was identified in 2011 and it was considered as  link for regional integration that will enhance economic growth,” said Kiir during opening ceremony  at Lologo suburb of Juba, the capital .

The 560 meter Bridge was constructed at a cost of nearly $120 million.

Works on Freedom Bridge commenced in 2013 after JICA signed agreement with the South Sudan government.

“Helping South Sudan is perfectly in line with Japan’s foreign policy for active contribution to global peace, with this policy Japan is willing to help in peace building efforts on the globe however far it is from Japan,” said Tsutsumi.

Raila Amolo Odinga, the African Union Envoy on Infrastructure Development, said that the bridge has strengthened bilateral relationship between South Sudan and Japan.

Adding that it will ease trade between Juba and other countries in the East African region.

“Every bridge built is a relationship established, freedom bridge will resolve fast the transport disruption and trade interruption between the people of South Sudan themselves and the people of East Africa,” said Odinga.

Tanaka Akihiko, the President of JICA, said the newly opened bridge will not only contribute to South Sudan’s economic recovery but it will also promote peace and stability.

“The freedom bridge will contribute to economic and logistics development of the region, the opening of the first permanent bridge over the Nile in South Sudan will greatly contribute not only to social and economic activities in Juba but also to stable supply of humanitarian aid to internally displaced persons and conflict affected person leaving in rural areas,” said Akihiko.