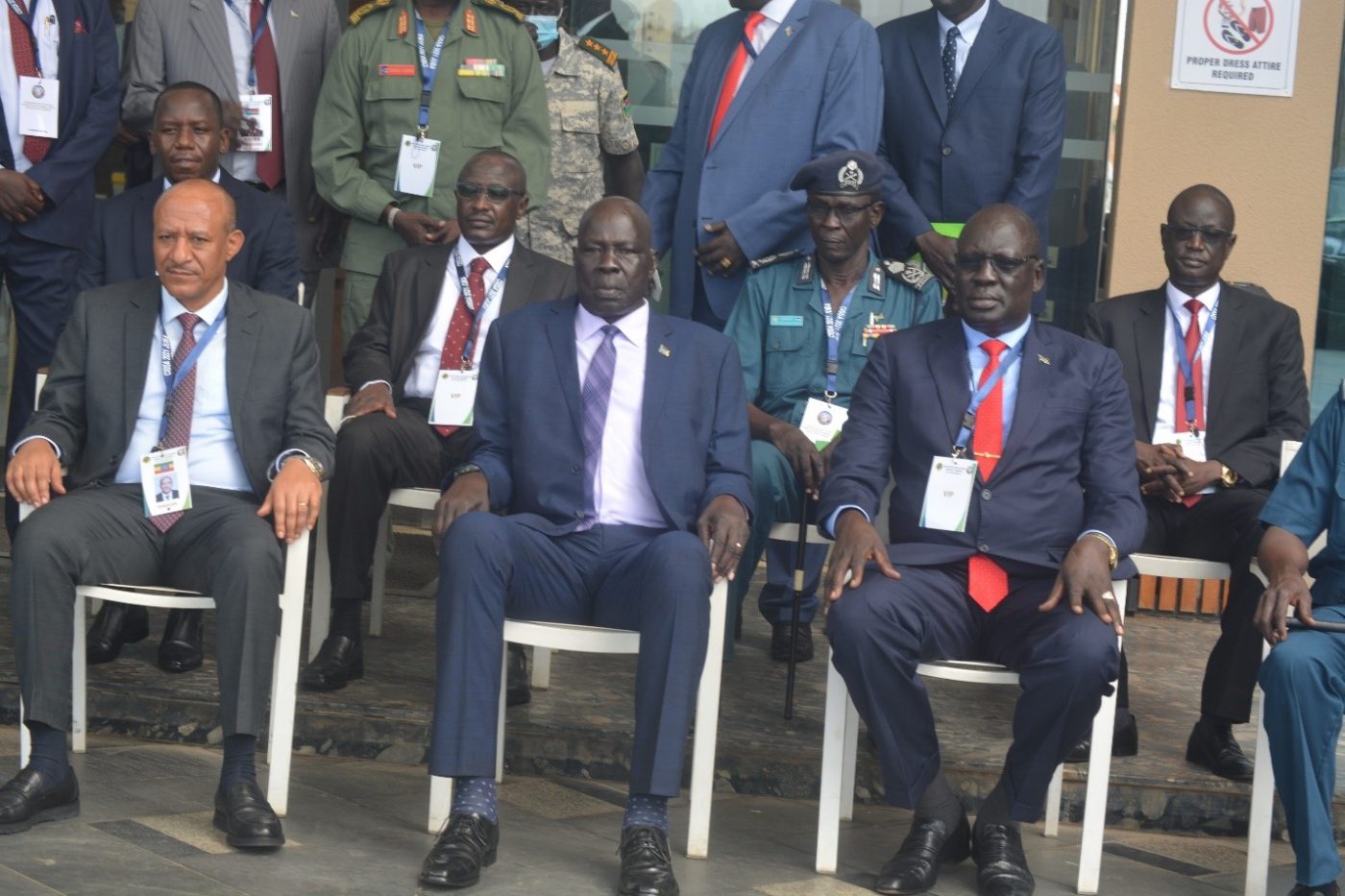 The Conference, first of its kind, themed “The Negative Impact of Sanctions Regime to the Scio-Economic, Political Peace and Security in the Region” is being attended by participants from National Security Services of various countries for Eastern Africa.

Mabuto Mamur, the Minister of National Security appealed to his fellow Africans to be vigilant at their border areas amid possible post colonization.

“I am glad today that I am speaking to intelligence people who will recommend to their leaders at the end but not those doomed espionage use by alien men”, he said.

Mamur said that if Africans do not get united as brothers and sisters then, then the foreign allies would continue to issue sanctions to all without stoppage.

According to the Minister, the ongoing security engagement in Juba would be an eye-opener since other people could take advantage of divided folks.

The security official urged the Africans to embrace unity among themselves in order to resist sanctions across the Region and Africa as a whole.

“There must be a “yardstick for Africa” whereby if one person is sanctioned today, tomorrow you are the next person.  Let’s unite and we will be strong”, he concluded.

Simon Yien Makuach, the Director General for National Security Services affirmed that the get-together would raise awareness on the sanctions impact to the developing countries.

“The workshop will enlighten us and raise awareness on negative impacts of sanctions to our scio-economic and political situation in the region”, he said.

Makuach called on international community and UN Security Council to realize the negative effects of sanction on scio-economic and political development of any Region.