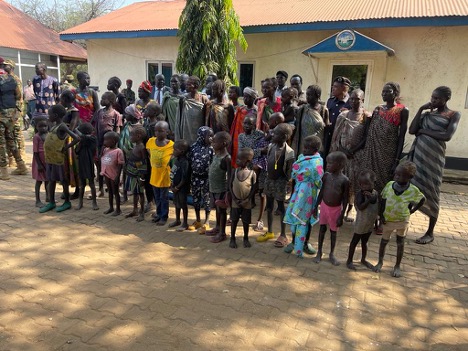 Authorities in Greater Pibor Administration Area (GPAA) have called on their counterparts in neighboring Jonglei State to release the remaining 1,637 abductees.

Abraham Kelang Jiji, Minister of Information in GPAA said on Thursday that he welcomed the recent release of 65 abductees, but also made fresh demand for the release of other captives still being held by armed youth.

“The total of abductees is 1,702, and about 1,637 of them are women and children still missing here,” Kelang told The Juba Echo in an interview.

These women and children were abducted during fighting that broke out on December 24th in GPAA areas of Gumuruk and Likuangule counties.

The fighting started after Lou-Nuer youth from Jonglei State attacked GPAA leaving more than 57 people killed and more than 40,000 displaced from their homes.

“We government of GPAA encourage the government of Jonglei to collect and return the remaining children who are still with their armed youth,” said Kelang.

John Samuel Manyuon, Jonglei State Minister of Information said the 68 abductees they released on Wednesday are the only number they received from the abductors.

Manyuon revealed that county commissioners have been directed to engage the abductors to release the remaining women and children.

“We are not much sure if that number is exaggerated or not, but they have not yet informed us officially, if they have talked to you in the media, they will write to the state leadership and we will be able to discover the areas these abductors have entered,” he said.