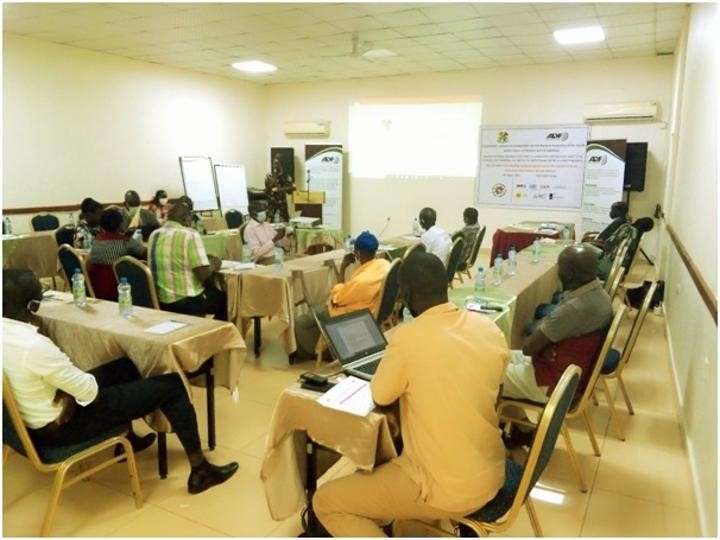 The leadership of persons living with disabilities in South Sudan has demanded for 10 percent representation at all levels of government.

This was revealed Saturday by Augustino Wudu, the chairperson for South Sudan Union of Persons with Disabilities during the celebration of the International Day of persons with disabilities at Nyakuron cultural center in Juba.

“We relentlessly continue to advocate for our rights and equal opportunity, and we are appealing for the 10 percent affirmative action representation of persons with disabilities in all organs of government,” said Wudu.

International Day of Persons with Disabilities is celebrated annually on December 3rd.

“Many persons with disabilities  are living in extreme  poverty, without access to basic services  such as food, shelter, healthcare services,  education and employment and are also victims of gender -based violence  particularly women and girls with disabilities,” he said.

The occasion was celebrated under the theme “transformative solutions for inclusive development; the role of innovation in fueling an accessible and equitable world”.

Wudu said that the number of persons with disabilities has massively increased as a result of several factors such as conflict, disease, and natural disasters due to global warming.

He noted that the situation of persons with disabilities in South Sudan has been gravely compounded by the current economic crisis.

“In most cases they are considered as beggars and useless, however they are compelled because of the condition yet they have the potential to contribute to development if given the opportunity, hence it is a collective responsibility of the government, stake-holders and development partners to work jointly to address the challenges,” said Wudu.