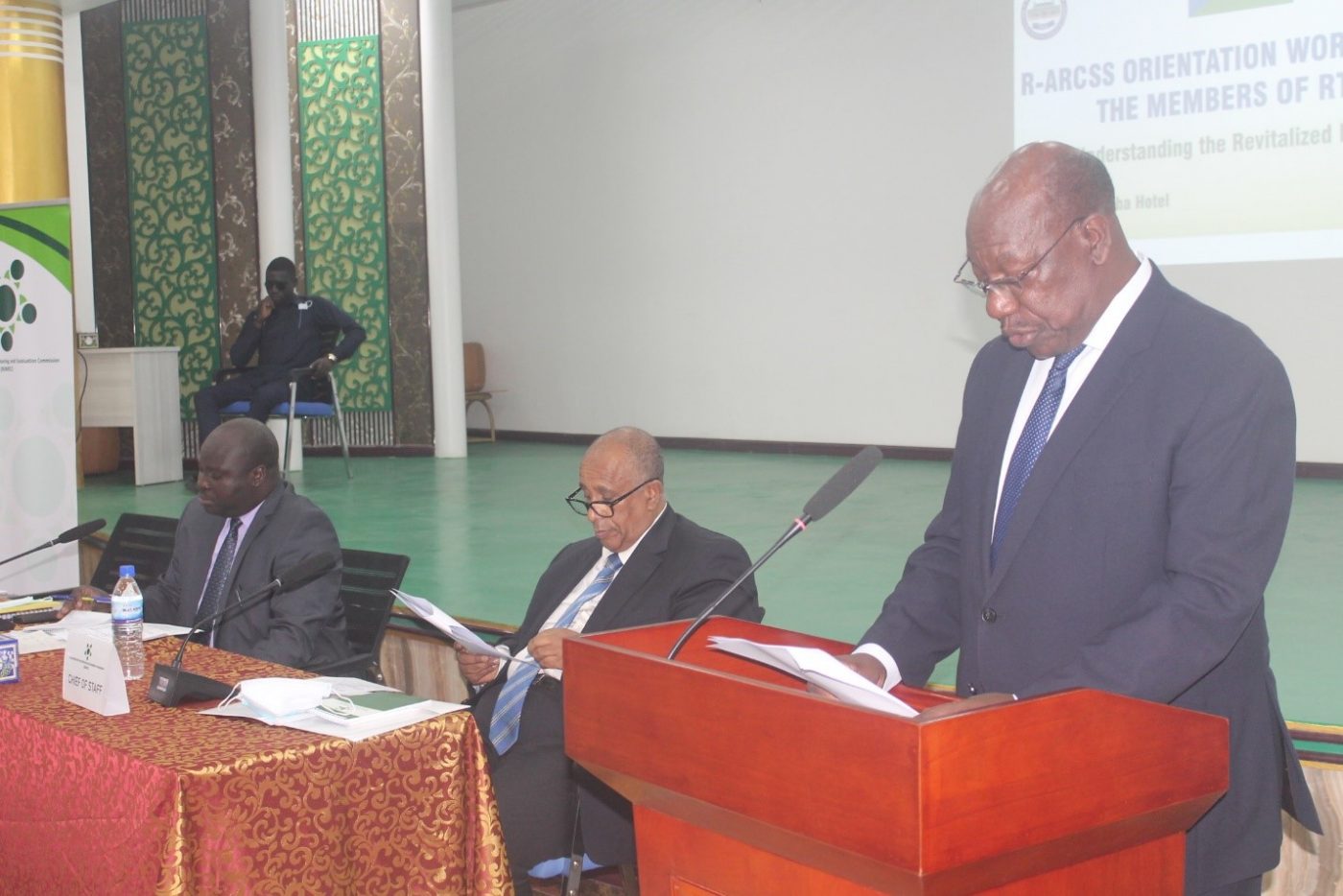 The Reconstituted Transitional National Legislature has been urged to expedite the enactment of a vital legal framework to prepare the country for elections before the end of the transition period.

Charles Tai Gituai, the Interim Chairperson of the Reconstituted Joint Monitoring Evaluation Commission (RJMEC) on Tuesday called on the 550-member parliament to prioritize the legislative preparations for the constitution-making and elections processes.

Under the 2018 revitalized peace agreement, South Sudan is supposed to hold elections after the end of the transitional period in February 2023.

“With barely nine months left to the end of the transitional period, the peace agreement is at a critical juncture. For instance, the full unification of forces, and the permanent constitution-making process, should have been nearing completion by now but this is not the case,” Gituai said during an orientation workshop for parliamentarians on the peace process in Juba, the capital of South Sudan.

Gituai disclosed that the constitution-making process, including elections, is critical to aiding the country’s transition toward a democratic dispensation.

“I, therefore, encourage you as members of the August house, to continue to remain seized of the implementation of the peace agreement, and ensure appropriate and timely legislation that will hasten the achievement of the election process within the timelines,” he said.

He underscored that other challenges include trust deficit amongst some members of the parties, capacity gaps in some agreement institutions and mechanisms and defections from one signatory party to another.

“Time is now of the essence, there is anxiety amongst the parties to the peace agreement and peace partners regarding how the outstanding tasks of the peace deal shall be expeditiously implemented within the remaining period of the transition,” noted Gituai.

The parties despite recently naming the unified army command are yet to graduate the 83,000 unified forces.

South Sudan descended into violence in December 2013 following a political dispute between President Salva Kiir and his then-deputy Riek Machar.

The conflict killed tens of thousands and displaced over 2 million people both internally and externally.

The 2018 revitalized peace deal remains the last hope of securing permanent peace in the fragile oil-rich country after the previous peace deal collapsed in July 2016.