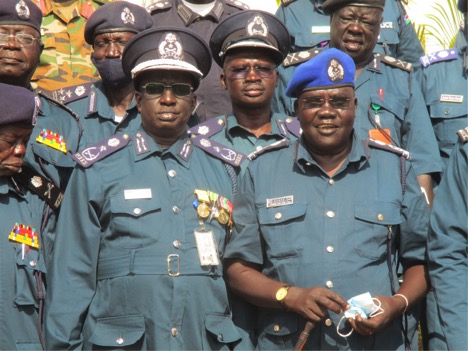 The failure of South Sudan in availing passports for its citizens is a shame, the country’s Deputy Inspector-General of Police Lt. General James Pui Yak, said.

Inability to provide the citizens with the travel documents is unacceptable, Yak said in Juba at the reception of a new Director-General of the Directorate of Nationality, Passport and Immigration, Atem Marol Biar, on May 24.

“If someone comes from outside and finds out that we are not issuing passports, it will be a shame on us as a country,” Yak said.

“People will not know that reason why we are not issuing passport, even if you explain to them that the Ministry of Finance is not giving operational cost, nobody will listen to you.”

He said the country has gone for close to a year without issuing new passports.

“We are going for months or almost a year without issuing nationality and passport. I understand that the booklet for printing passport and nationality got finished,” he said.

“This is a challenge to you and you have to start work on how to address this issue,” he told Biar.

Reports say the Passports and Immigration identification server has been blocked by its host, the German company Muhlbauer, after the government failed to pay an annual software license fee of around $ 60 million.

Biar promised to work hard to address challenges facing the directorate including resuming issuing of the passports.