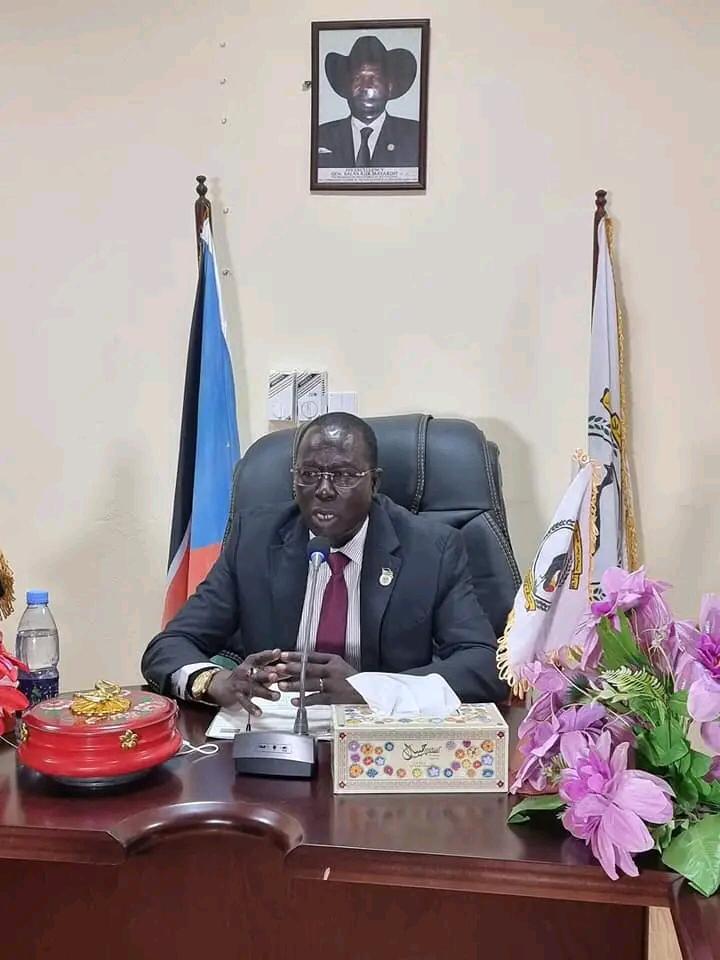 The governor of Northern Bahr El Gazal state, Tong Aken Ngor has called on members of opposition political parties to always consult security forces whenever they need to assemble.

Addressing the press in Aweil Town on Christmas eve , Ting  said the government is not restricting activities of opposition political parties

“It is a lame accusation on us as a ruling party of SPLM from other opposition (parties ) that we hinder them by beating them up. This is a sheer lie” said Tong.
He said most of the opposition political parties are members of the Revitalized Transitional Government of National Unity (RTGONU) and as such nothing makes the SPLM special to suppress others.

“What we do in the SPLM is that, whenever we need to hold a meeting,   we go to the security personnel office and inform them about our meeting. They could attend though they could not participate in deliberations. They watch so that is what our other brothers could do” Tong emphasized.

While reacting to the governor press release ahead of the festive season, the secretary General of SPLM-IO Garang Wol Amoi said that opposition political parties have never deviated in following the government policies.

“We have never done any meeting without informing the security organs. What happens is that some of these organs say we never belong to IO, OPP and other opposition syndicates” Said Garang

He said that opposition political parties would like to see to it that organized forces are working within the mandate of the RTGONU to move the nation forward without any suppression.

“If they work within the law aiming at moving the nation forward without segregation of being SPLM-IG and you are in a uniform. Then we have no problem with that” He noted.

The SPLM-IO alleges that last month twenty five members of its party were beaten for attempting to hold a rally in the state capital, Aweil and that they were arrested before being released.