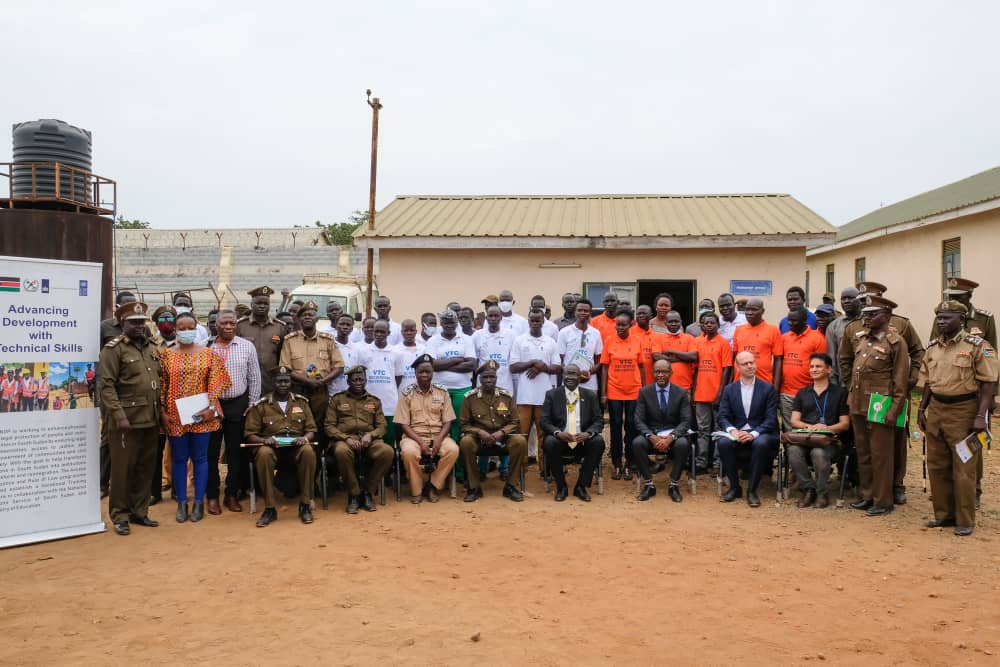 More than 150 inmates get vocational training at Juba prison

The Vocational Training Centre (VTC) graduation featured the Centre’s fifth batch of trainees, consisting of 178 inmates and prison staff. The newest cohort brings the total number of VTC graduates to 907 people (769 inmates, 49 of which are female; and 138 prisons personnel, 37 of which are female).

“The objective of the word ‘correction’ is to change you from where you came from into good citizens who will not run into conflict with the law. I want to say to you, the graduates, that this is only the beginning of a long process for you. Use what you have been introduced to here, whether it is in masonry, plumbing, electrical engineering, or anything else, and take that knowledge only as a beginning. Dig deeper to realize the potential in your fields,” Minister of Interior Hon. Lt. Gen. Paul Mayom Akec told the gathered graduands and prisons staff on Monday.

The minister appreciated the commitment and continued collaboration of the Kingdom of the Netherlands, UNDP, UNMISS, and other partners, to the success and sustainability of the prisons service.

“The Netherlands has been associated with this VTC for quite a number of years and I am also happy to tell you that we will continue with these types of activities to promote access to justice by the citizens of South Sudan” said Deputy Ambassador and Head of Cooperation of the Embassy of the Kingdom of the Netherlands in South Sudan, Michel Deelen.

“This working partnership with NPSSS, the Embassy of the Netherlands, and UNDP, is about ensuring that the prisons service acts as a turning point for correction and reformation, where offenders are not sentenced to a future of hopelessness but are supported to look forward to a future of hope and economic independence,” said UNDP Resident Representative Samuel Doe, during the graduation ceremony.