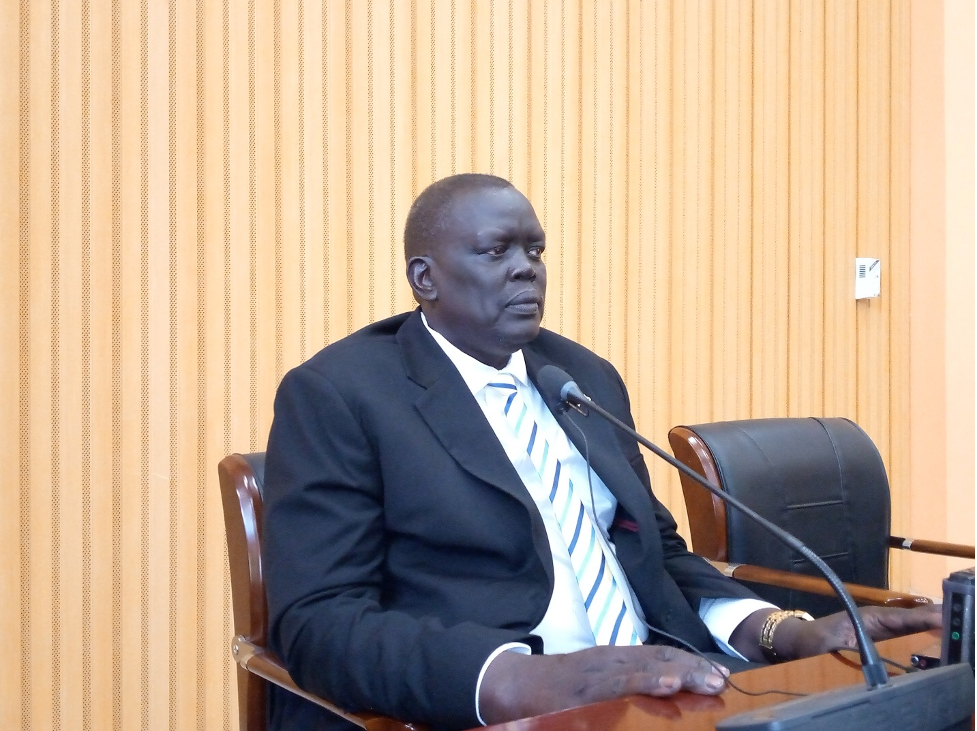 Deng Dau Deng accused Johnson Olony leader of the Agwelek militia and Simon Gatwech Dual who leads SPLA-IO faction of sparking the killings and civilian displacements in these areas.

“The conflict in Upper Nile State, Jonglei State and Greater Pibor Administrative Area is an internal dispute between the SPLM/A-IO splinter group, Kitgwang faction of Gen. Simon Gatwech and Agwelek faction of Gen. Johnson Olony,” Deng said while briefing diplomatic corps on the security situation in the country on Friday in Juba.

The SPLA-IO split in August 2021 from the main stream party under First Vice President Riek Machar.

The two military generals who led the splinter faction alias KitGawang, later on turned on each other leading to deadly fighting since August in Upper Nile and Jonglei States respectively.

Deng said the fighting between these factions later on drew in local community militias with vendetta to settle.

The violence in Greater Pibor that erupted on December 24th has displaced nearly 42,000 people and left more than 57 killed.

The renewed violence in Upper Nile and Jonglei since mid-November uprooted some 30,000 civilians from their homes.

“On other hand, in Jonglei and Greater Pibor Administrative Area, the dry season always comes with challenges that contribute to inter-communal dispute as a result of revenge and counter-revenge originating from cattle raiding, child abduction and other drivers of conflict,” said Deng.

Deng disclosed that President Salva Kiir Mayardit is fully engaged in efforts to bring about peace in South Sudan and the entire region of East Africa.

“The Revitalized Government of National Unity does not condone the violence in the country and specifically in Upper Nile, Jonglei and Great Pibor and other parts of the country,” he said.

He said they are putting in place measures urgently to end the bloodshed in affected areas.

“The government of South Sudan is engaged in finding an amicable solution to conflict in Upper Nile and Jonglei States through dispatch of high-level political leaders to those states to dialogue on root causes of the conflict and secure peace and stability,”  said Deng.