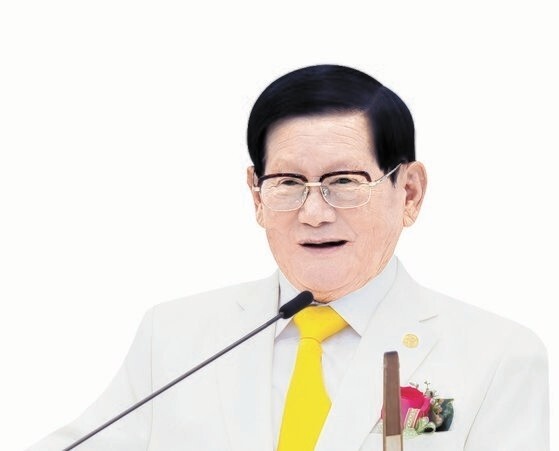 A South Korea-based peace advocate non-profit, Heavenly Culture, World Peace and Restoration of Light (HWPL) held its 9th annual celebration for the Declaration of World Peace on Wednesday with calls for greater efforts to promote a culture of peace in the world.

The online event which was attended by 3,000 representatives from politics, religion, academia, media and civil society aimed at tackling the current threats to life and stability from wars and conflicts.

It was held under the theme of “Institutionalizing Peace: Realizing the Collective Will for Peace”.

Mr Man Hee Lee, HWPL Chairman urged participants to unite and be peace ambassadors in a bid to bring freedom and peace to future generations.

“This time (Russia) invaded Ukraine and started the war. This is why HWPL and families of peace have long called for the establishment of international law to prevent war potentials,” Lee said during the 9th annual commemoration for the Declaration of World Peace via zoom on Wednesday.

“So, we gathered experts in international law globally … and made the declaration with 10 articles and 38 clauses,” he added.

The declaration addresses the endorsement of national leaders, engagement of women and youth, cooperation among civil societies, and expansion of media coverage on peace.

Young Min Chung, the General Director of the International Peace Youth Group (IPYG), an affiliate group of HWPL, said in his progress report, “730,000 citizens from 176 countries have signed in support of the DPCW for the past nine years which allows them to express their opinions in the most direct way.

The International Peace Youth Group (IPYG) is running the Youth Empowerment Peace Workshop (YEPW), where they discuss agendas such as education, human rights, and conflicts and conduct joint action as well as policy proposals.

One of the participant students said, “I learned the need for international law to achieve peace. We need a law that can achieve peace.

“It is important that people abide by the law and if all people become citizens of peace, we would not even need the law.”

Mr Supalak Ganjanakhundee, Thammasat University’s Pridi Banomyong International College Visiting Fellow and former Chief Editor of The Nation in Thailand said journalists reporting the event for the foundation of peace is closely related to democracy that serves as an open room for “allowing participation of civil society” to the peace process.

“Any peace process that would lead to lasting peace must address the problem at its root cause and must be conducted along with the democratization with intensive participation of not only stakeholders but also civil society.”

Founded in 2013, HWPL is a non-profit, non-governmental organization with the goal of achieving world peace and the cessation of war.

With over 70 branches in Korea and another 100 branches around the world including the Philippines, HWPL is committed to a practical approach to world peace through the establishment of international peace initiatives in legal, social and religious aspects.