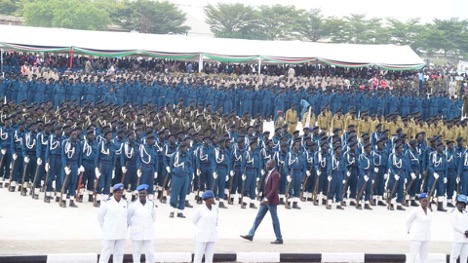 The graduation of the last batch of unified police forces from Unity State has been adjourned to Saturday.

The police officers to be graduated from Kaljaak training center in Unity State are 4,000.

The graduation ceremony to be held in Bentiu town will be graced by the Minister of Defense and Veterans Affairs, Angelina Teny, and the Presidential Advisor on Security Affairs Tut Gatluak Manime.

The transitional government has so far graduated more than 52,000 unified forces since August from various training centers.

Under the 2018 revitalized peace agreement, the transitional unity government is supposed to graduate 83,000 unified forces to take charge of security during the ongoing transition period.

These troops include police, the army, prisons, wildlife, and intelligence.