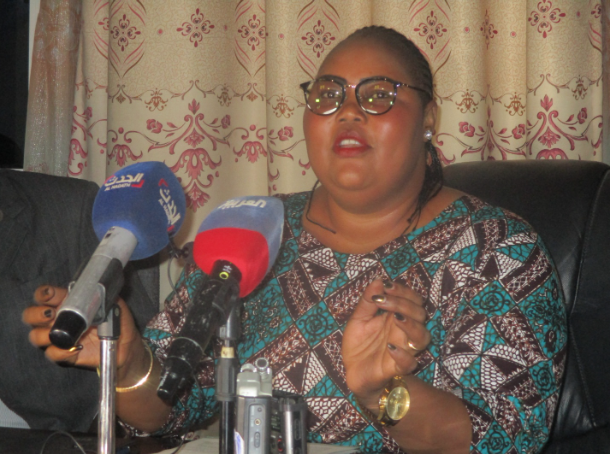 The Minister of Environment and Forestry Josephine Napwon has ordered officials in Unity state to stop the ongoing dredging activities around the Naam and Bahr el Ghazal water tributaries that feed into the Nile River.
“The dredging of the rivers should be stopped for a while until we do the environmental assessment and we see the benefit to us as a country,” Napwon told journalists during a press conference held at her ministry in Juba on Wednesday.
The decision follows public concern after equipment was imported recently from Egypt to dredge the Nile tributaries in an effort to mitigate floods.
“This ministry is in charge of environmental assessment and without an environmental assessment from this ministry nothing will go ahead,” Napwon said.
She said her ministry did not approve the dredging activities in the first place.

“The ministry has developed mitigation and adaptation strategies on floods that do not include
dredging or resumption of the old Jonglei canal project,” Napwon disclosed.