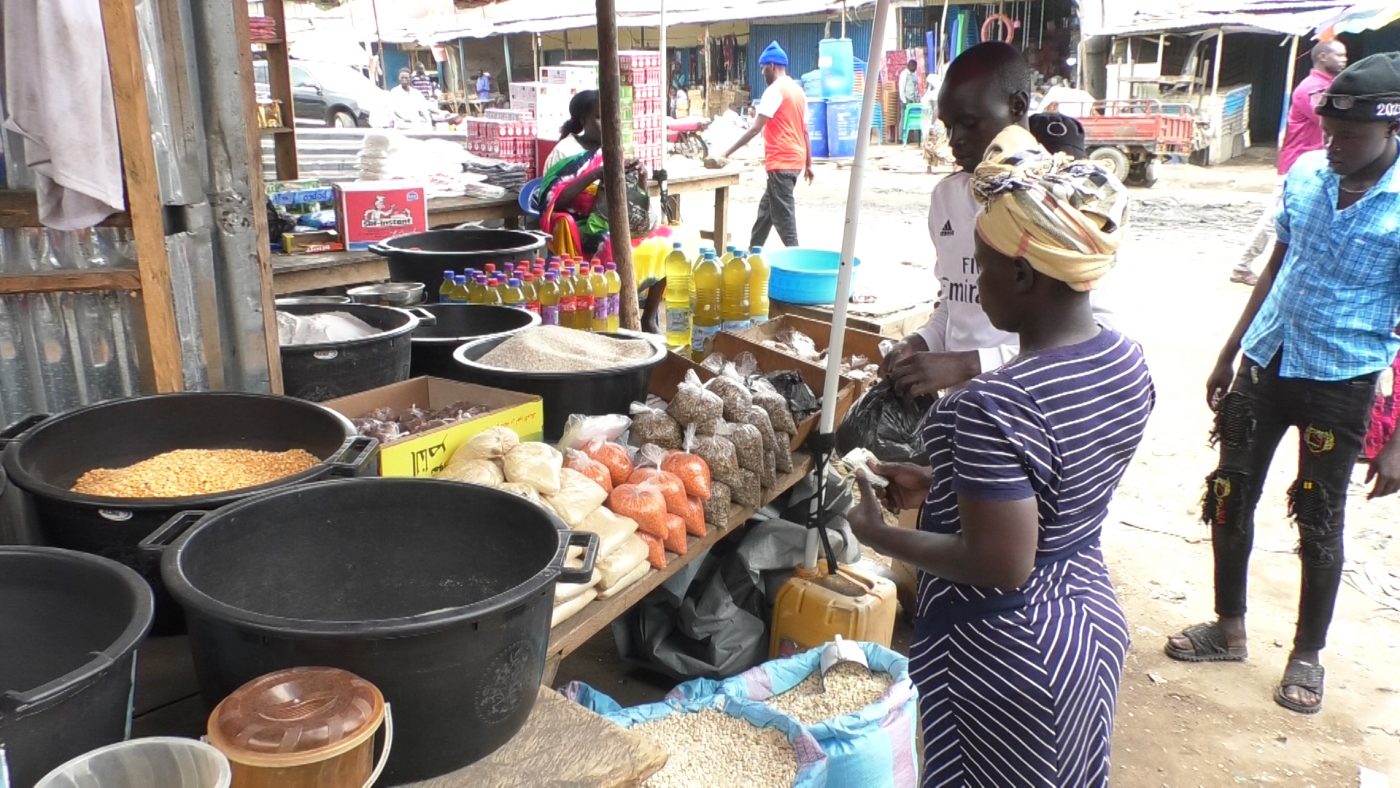 South Sudan’s Pound is strengthening against the US Dollar, a month after the country’s central bank began auctioning $5 Million dollars weekly to commercial banks and forex bureaus in the capital Juba.

The country’s apex bank says it intends to reduce inflation.

However, many residents of the capital, Juba say prices of goods remain high.

For Rose Morogo, a single mother of five, life is getting tougher and tougher.

We found Rose in Gumbo market, she says she has no permanent job and relies on work such as washing clothes for people.

Civil Servants in South Sudan have not been paid for months, so, many don’t have money to pay people like Rose what they’re owed. “We are are really suffering, I am unable to buy food for my children, before we South Sudan became independent, every problem we had was blamed on the Arabs until my husband was killed fighting the Arabs, the country became independent but my children are hungry and they cannot go to school.” Said Rose.

Prices of basic goods have risen beyond the reach of many.

Mustura Wani, another Juba resident that we caught up with at Nyakuron market says her situation is dire

“Our currency is getting stronger against the dollar but food is expensive for I don’t know where we will end if things continue like this, the government (South Sudan’s government) should find a way out of this situation.” Mustura Said.

It says it hopes the hard currency will bring a positive change in the economy.

Dier Tong Ngor, Governor, Bank of South Sudan said “Our role as a Central Bank is the stability of general price level that’s our role and we feel the main factor that influences that in South Sudan now is the exchange rate because we are importing most of the essential commodities so we feel that if the Pound can strengthen then there is no reason as to why the general price level cannot come down. “

The economy is ailing as a result of years of civil war, limited production and negative effects of COVID-19.

One civil society group says more needs to be done.

“What the central bank is doing is, it’s providing a short term solution and for this economy to stabilize, the bank and other government institutions need to encourage production in the economy. “Said Jame David Kolok, Executive Director for Foundation for Democracy and Accountable Governance, a civil society organization in the capital Juba.

For many South Sudanese people like Rose Morogo, their hope is to see prices come down, and work become available, so they can feed and educate their children.

Despite the recent strengthening of the local currency – that dream remains far from being realized.