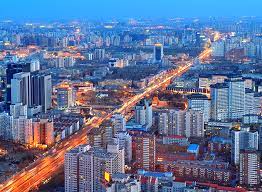 China’s steadfast economic growth in past decade boon to world

At the week-long 20th National Congress of the Communist Party of China (CPC), a blueprint for the country’s future development has been mapped out.

The blueprint stands as a reassurance that China, a major driving force of the global economy over the past decade, will continue to benefit the world with its own growth.

Data from the World Bank showed that during the 2013-2021 period, China’s contribution to global economic growth averaged 38.6 percent, higher than that of the Group of Seven countries combined.

Such robust momentum of the Chinese economy will be maintained, foretold global observers after studying China’s future blueprint. The Chinese economy, with widely-recognized resilience and potential, will boost the confidence of a world facing pressing challenges, they said.

“China’s economy expanded more strongly than expected in the third quarter,” The Wall Street Journal said in response to the released data.

China’s gross national income per capita reached 11,890 dollars last year, doubling from the figure recorded in 2012. The expansion helped elevate China from 112th to 68th in the same timeframe as per a World Bank ranking.

China’s fast development and profound changes have deeply impressed Robert Griffiths, general secretary of the Communist Party of Britain. “I am privileged to see those advances everywhere, in the standards of living of the people, in the housing, in the schools and institutes, in the spectacularly modern transport systems, in the new parks and gardens, in the towns, the cities and the countryside and in the pride people have in their community.”

China has been following a distinctive path of an open national innovation system over the past decade, which has given fresh impetus to its economic development, setting an example for other countries, said Fu Xiaolan, founding director of the Technology and Management Center for Development at the University of Oxford.

The approach “uses a combination of the state and the market to drive innovation and has integrated the country into the global innovation system,” said Fu.

On top of an already robust Chinese economy, China’s far-reaching blueprint introduced at the 20th CPC National Congress has turned observers worldwide more bullish on the future of the world’s second-largest economy.

The blueprint vows to fully and faithfully apply the new development philosophy on all fronts, continue reforms to develop the socialist market economy, promote high-standard opening-up, and accelerate efforts to foster a new pattern of development that is focused on the domestic economy and features positive interplay between domestic and international economic flows.

“The main factor that contributes to China’s economic stability is Beijing’s policy aimed at economic development,” said Sergei Lukonin, head of the Department of Chinese Politics and Economics at the Institute of World Economy and International Relations of the Russian Academy of Sciences, adding that the Chinese economy will “remain fairly stable in the long run.”

As storm clouds of a gnawing COVID-19 pandemic, persistent geopolitical conflicts, climbing inflation and the Fed’s aggressive rate hikes gather over global economy, China’s performance has not only proven its own economic resilience, but also injected certainty into the world economy.

Committed to an opening-up policy, China has kept its door open. While exploring overseas markets and inviting more foreign capitals, China has also been sharing its development opportunities with the rest of the world.

It has become a major trading partner for over 140 countries and regions, leading the world in total volume of trade in goods. With more than 200 cooperation agreements signed within the framework of the Belt and Road Initiative and China-Europe freight trains reaching dozens of European destinations, China has played an irreplaceable role in global industrial and supply chains, and served as an engine for world economic recovery amid the pandemic.

Meanwhile, China has taken a host of concrete steps to improve its business environment and level the playing field for domestic and foreign firms, like rolling out the Foreign Investment Law and expanding foreign investors’ access. Its actual use of foreign direct investment in 2021 reached 1.15 trillion yuan (about 160 billion dollars), up 62.9 percent from 2012.

During the 20th CPC National Congress, China has reaffirmed its commitment to promoting a high-standard opening-up, which strikes a chord with the international community.

China’s commitment to promoting high-standard opening-up is positive for the rest of the world, as countries are trying to recover from the COVID-19 recession, said Oh Ei Sun, principal adviser of Malaysia’s Pacific Research Center.

Adding to China’s efforts for an open world economy is the strengthened status of Chinese yuan in international payment. In 2016, the International Monetary Fund included the yuan in its SDR basket as a fifth currency, enhancing China’s role as a global economic driver.

There are bound to be more Chinese contribution to the global economy in the future. During the CPC national congress, China has pledged to be steadfast in deepening reform and opening-up across the board, and pursuing high-quality development.

The open, dynamic and huge Chinese market will facilitate greater win-win cooperation for China and the world at large, he said.

Optimistic about the economic outlook for China in the medium and long-term, Borge Brende, president of the World Economic Forum, said China’s growth in the coming years is “of crucial importance of course for China and the Chinese, but also for the rest of the world.”