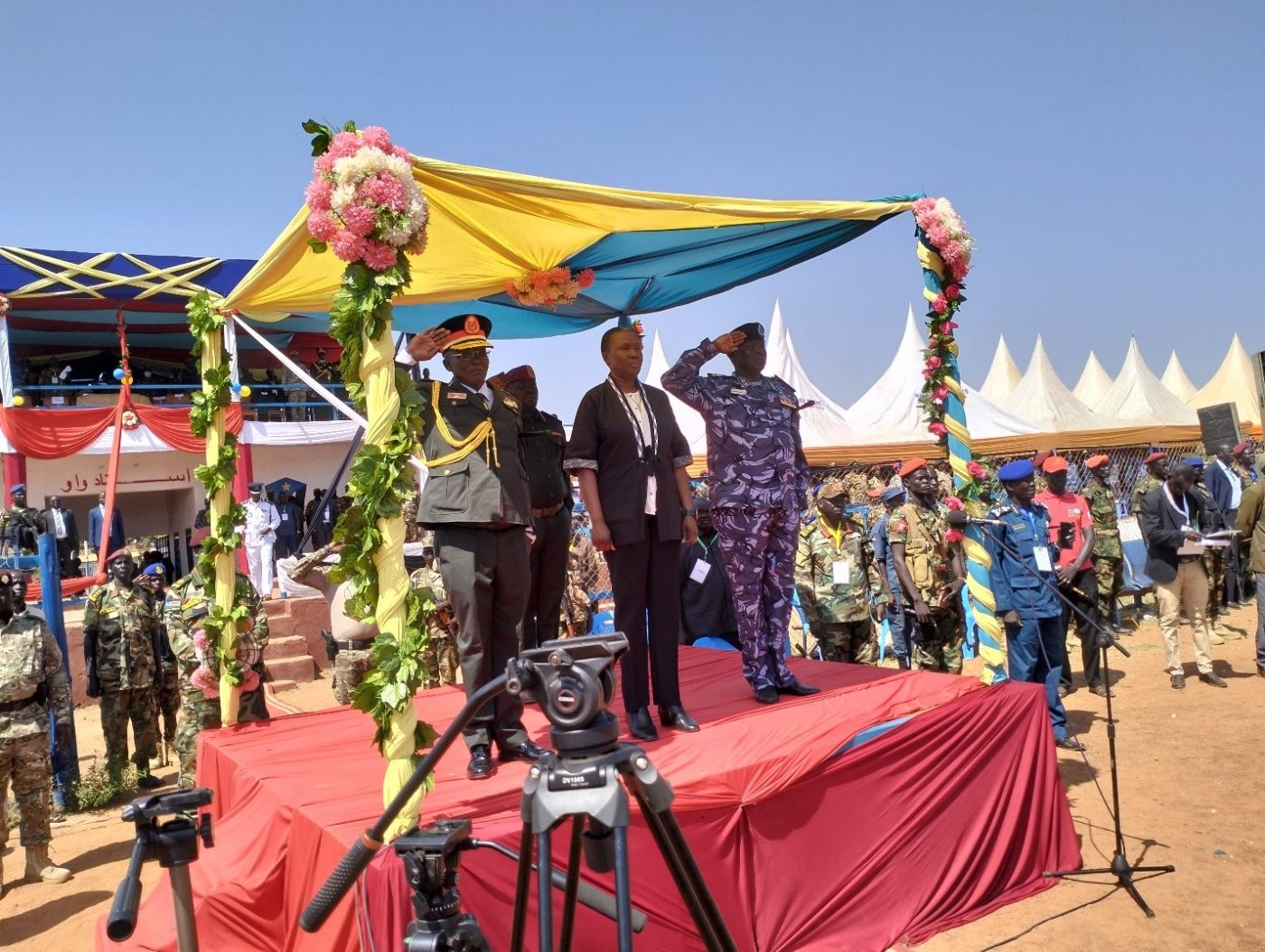 The recently graduated unified forces in Western Bahr El Ghazal State have been cautioned to resist from being divided along tribal lines and loyalties.

These remarks were said by Gen. Santino Deng Wol, the Chief of Defense Force (CDF) South Sudan People’s Defense Forces (SSPDF) during the graduation ceremony held on Friday in Wau for 13,628 forces.

“You should not be a tribal force because that was what brought the problems in South Sudan. From today onwards, if you are a soldier for South Sudan, please remove from your mind the concept of the tribe or where you come from,” said Wol.

He advised the newly graduated troops to focus on ending insecurity in the country.

“As you are now going for your deployment, we need the security of South Sudan to be stable so that citizens in the Greater Bahr El Ghazal, Greater Equatoria, and Greater Upper Nile who are still in protection camps can return to their respective homes in peace,” Wol added.

“We are going for work, as you know we have many challenges in our country, we have cattle raids, inter-communal conflict , road ambushes, and revenge attacks all these  are going to be our work,” said Malok.

In August more than 21,000 forces of the first batch of unified forces were passed out.

Under the 2018 revitalized peace agreement, the parties are supposed to graduate 83,000 forces in total to take charge of security during the ongoing transition period set to elapse in February 2025.

The conflict that broke out in December 2013, due to political differences among politicians in the then ruling Sudan People’s Liberation Movement quickly descended into fighting along tribal lines.