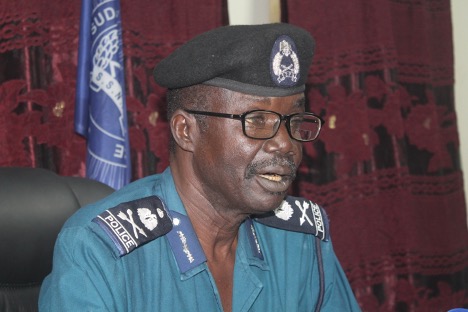 Three people were killed on Tuesday after gun men opened fire on the Bonga Bus along the Juba-Nimule Road.

Maj. Gen. Daniel Justin, the South Sudan national police spokesperson, said the driver of the ill-fated bus was killed on the spot while an unknown number of passengers are believed to have been abducted by the gun men.

“We lost three people, the driver, assistant driver, and one of the passengers,” Justin told journalists in Juba.

The attack happened 11: 09 A.M between Oboma and Omoya village.

“The attackers just opened fire on the vehicle and then they ran away. Our forces went there and rescued the situation and now the big trucks which were traveling between Juba and Nimule are using the road normally,” Justin said.

He added that the attackers were only targeting the driver and his assistant, adding that there were 40 passengers on the bus.

Several attacks have been reported along the Yei-Juba and Juba-Nimule routes since January 2021.

NAS is among the several opposition groups that refused to sign the 2018 revitalized peace deal.