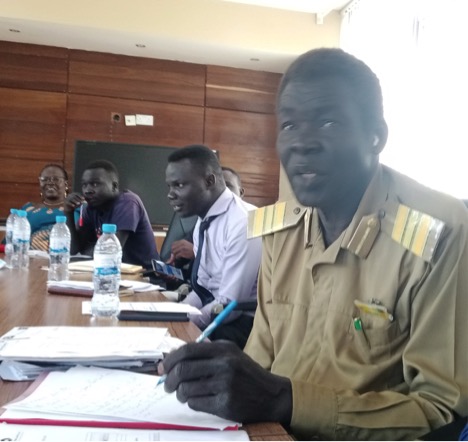 Civil society activists on Wednesday held face-to-face talks with authorities over the heavy tax burden being shouldered by businesses and ordinary citizens.

“The stakeholders’ advocacy dialogue on multiple taxation here is meant for us to discuss our own issues especially on the multiple taxation in our country, it is our collective responsibility to make our country a better South Sudan,” Manyang said during the meeting held at Equatoria Tower in Juba.

Alison Samuel Aligi, the Acting Director for Revenue in Juba City Council, said they are following appropriate laws of the government to do their work.

“We do not see that there is (tax) overlap because we are working according to the law, the constitution. The local governments have right to create taxes so that they provide services and development in areas they control,” Aligi said.

Aligi revealed that their tax collection remains way below their expectations.

“In South Sudan the taxation law is not yet developed up to now you cannot file a case in court, because the tax system is not bad but because there is no good system where people can challenge taxes in courts of law,” Nhomngek said.

He said the high taxes are forcing small businesses to close shop, in addition to impoverishing households.

Changkuoth Bichok, the Chairperson for the Committee of Finance and Planning in the National Parliament, said that citizens must pay taxes to help aid development projects in the country.

“The taxes being collected are very important, we need to work on how we can have a better tax system. Taxes are not for individuals, the taxes are for the government and every citizen must pay taxes to support development of the country,” Bichok said.