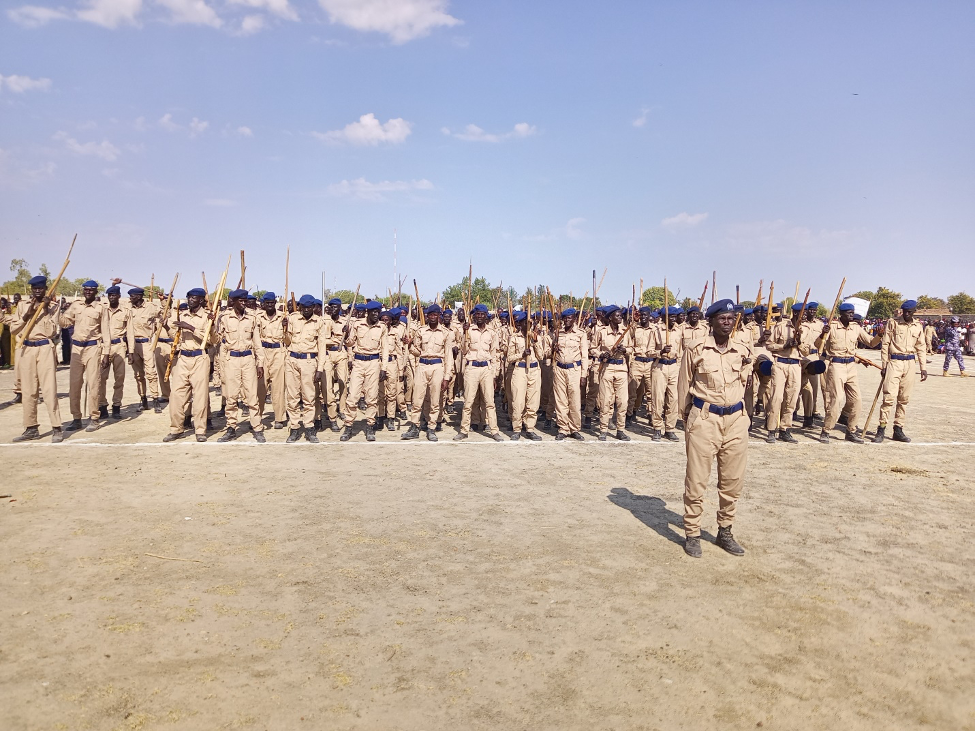 Tut Gatluak Manime, the Presidential Advisor on Security Affairs who presided over the graduation urged the police officers to protect civilians and their properties.

“You are not belonging to any political parties and individuals, we expect you to carry out your mandate to keep law and order in the republic of South Sudan,” said Gatluak during the graduation ceremony in held in Bentiu town stadium.

The Minister of Defense and Veterans Affairs Angelina Teny, said this was the biggest batch of graduates, adding that they will soon be deployed this very month to maintain law and order in the country.

“I promise you there will be no war again, we have tired as soldiers and you have tired as citizens, lets fight tribalism and hatred in our newest nation,” said Deng.

Since August last year, the parties to the 2018 revitalized peace deal have so far graduated more than 52,000 unified forces.

They are supposed to graduate in total 83,000 forces made up of army, police, prisons, wildlife and intelligence.