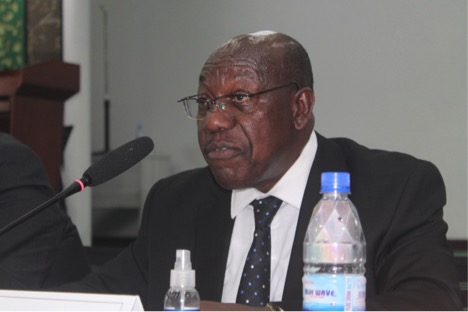 The United States, Britain and Norway have reiterated their rejection to the recent extension of the transitional period despite endorsement by the United Nations Mission in South Sudan and the Revitalized Joint Monitoring Evaluation Commission.

The influential Troika grouping of these countries in the aftermath of the August 4th deal among the parties to extend the transitional period till February 2025, cited lack of wider consultation with eminent persons, civil society and faith-based organizations for rejecting the entire process.

Jonny Baxter, British Ambassador to South Sudan, said the extension will prolong the suffering of the people of South Sudan due to more delays in implementation of critical pending g tasks within the 2018 revitalized peace deal.

“With today’s vote in the Reconstituted Joint Monitoring and Evaluation Commission (RJMEC) to extend the transitional period, South Sudan’s leaders again extended their time in power despite failing over the past four years to deliver fully on the commitments they made in the 2018 Revitalized Agreement on the Resolution of the Conflict in the Republic of South Sudan (R-ARCSS),” Baxter said during RJMEC extraordinary meeting held in Juba on Thursday.

The endorsement of the extension by the parties received 37 votes out of 42 members within R-JMEC.

The UN peacekeeping mission (UNMISS) pledged to support parties to implement the political, security, and electoral reforms prior to elections in 2024.

Nicholas Haysom, the Special Representative of the Secretary-General and head of UNMISS said the extension will give parties enough time to implement outstanding tasks.

“It is our hope that the political will demonstrated over the last month, by agreeing both to the extension and the graduation, will translate into a joint sense of urgency to implement other outstanding tasks and also show a recommitment to the timelines of the agreement as adjusted by the roadmap,” Haysom said.

UNMISS chief said extending the transition period must not detract from the urgency needed to address outstanding critical issues.

“Without contradicting our support for the roadmap, we have heard the views of some civil society actors and partners that have called for continuing consultation on the roadmap, its progress, and clarity on the proposed timelines and guarantees in implementation,” Haysom said.

Michael Makuei Lueth, South Sudan’s Minister of Information, said the roadmap will be tabled before cabinet and later on national parliament for endorsement.

Under the 2018 revitalized peace deal, the transitional period had been set to expire in February 2023 and then afterward national polls are held.

Failure by SPLM-IG led By President Salva Kiir, SPLM-IO under First Vice President Riek Machar and other political parties to conclude implementation of the security arrangements, enactment of the permanent constitution and establishment of transitional justice and accountability mechanisms left the fragile peace deal in balance.