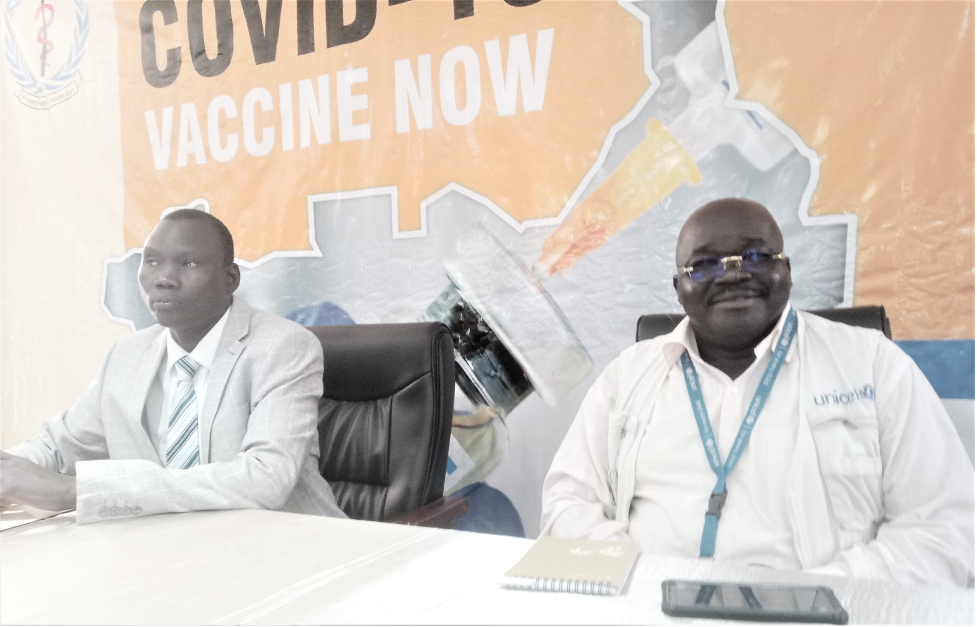 The government in collaboration with partners is planning to vaccinate additional 2.4 million people from January 24th till February 20th.

This was revealed on Monday by Patti Samuel, the Manager for Immunization at the United Nations International Children’s Emergency Fund (UNICEF) during the launch of the vaccination campaign at Palm Africa Hotel in Juba.

“For this campaign the country is targeting to reach 2.4 million people of 18 years and above, the global target is 70 percent of the population given the population of South Sudan is above 13 million,” said Samuel.

He said the eligible group of 18 years above is about 6.1 million.

The partners supporting the initiative include UNICEF, World Health Organization (WHO), and Africa Field Epidemiology Network (AFENET) an international NGO.

“We have only reached 36.4 percent of the eligible target meaning we still have far distance to cover to reach the 70 percent,” he disclosed.

George Auzenio Legge, the Director for Expanded Program on Immunization (EPI) at the National Ministry of Health, said the vaccination campaign will run for four weeks in all the 79 counties plus Abyei Administrative Area.

Legge said a total of 4,500 health workers have been dispatched to commence vaccination in health facilities, fixed sites plus temporary sites.