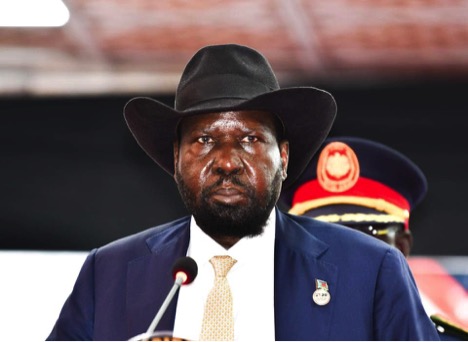 President Salve Kiir Mayardit on Saturday called on the United Nations to lobby the United States government to lift existing sanctions imposed on senior officials since outbreak of conflict in December 2013.

Kiir made this call in a speech read on his behalf by James Wani Igga, the Vice President for Service Cluster at Dr. John Garang Mausoleum during the graduation of more than 3,000 students from the University of Juba.

“I also appeal to assist in the lifting of imposed economic sanctions on our country which are not helping economic progress, and are also hindering the full implementation of the revitalized peace agreement,” said Kiir.

In 2017, the U.S imposed sanctions on senior South Sudanese officials including military officers and business entities on the pretext that they were obstructing the peace process.

The UN Security Council in July 2018 imposed an arms embargo on South Sudan due to renewed violence in July 2016 that violated the 2015 peace deal signed to end years of conflict.

Kiir said that individual sanctions imposed by the U.S, Security Council, and European Union are derailing the implementation of the peace agreement.

He disclosed that his government is engaging the Joe Biden administration to lift sanctions.

“My government has a dialogue with the Biden administration to lift the economic sanctions and to increase its support of the peace implementation,” said Kiir.

The arms embargo was recently extended till July 2023 by the UNSC.

South Sudan is barred from procuring weapons, transacting business with U.S and European based companies under the existing sanctions.