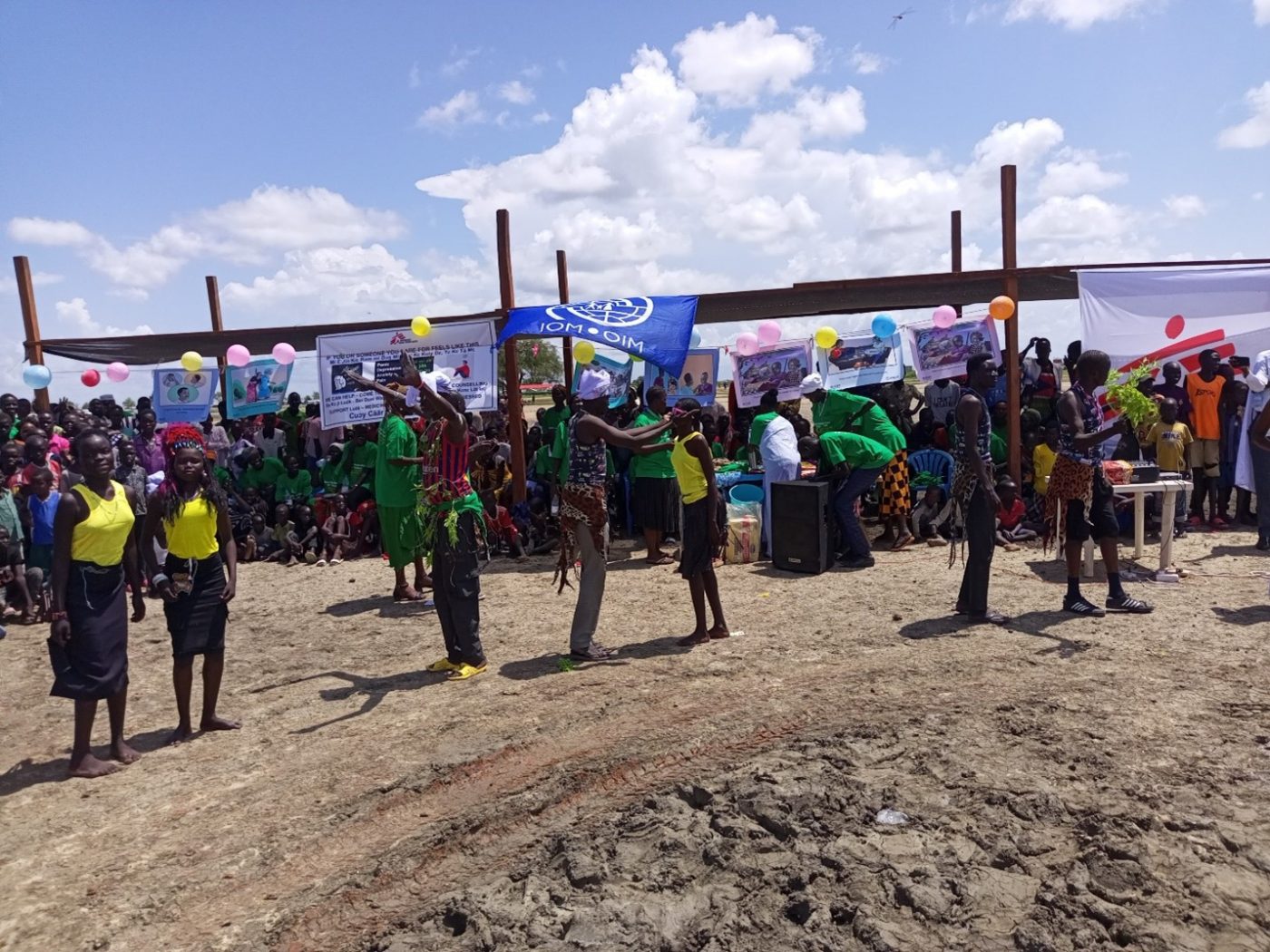 International Organization for Migration (IOM) and other partners in development working in South Sudan have joined the world today in celebrating world mental health day in Bentiu IDPs camp in Unity State.

Held under the theme; Make mental health and well-being for all around the globe, the function which was held on Bentiu camp football pitch was adorned by MSF Holland, health Clusters, the Ministry of Health and IDP camp residents.

The IOM’s Mental health and Psychosocial Support officer William Machar Hoth said that many people suffered mental disorders in South Sudan due to conflict but noted that IOM and its mental partners have reduced trauma and stress through different Psychosocial support centers providing mental health services in the IDPs camp.

“Many people in South Sudan suffered mental disorders due to conflict which forced them to overthink of their lost properties and other related dilemmas brought about by the conflict,” he said.

He made known that, before they started providing mental health services in Bentiu IDPs camp, over 20% of its populace had mental health issues although he now says that they have suppressed to great extent cases of trauma and mental health disorder in Unity State.

Mr. Machar rallied the unity state residents to hold tight on education, peace, and unity and omit the war mindset which has for long led to revenge killing which he blamed being responsible for increased mental disorder, trauma, and frustration.

Meanwhile, the Unity State project Coordinator for Médecins Sans Frontières MSF Holland on his part revealed that his organization is providing mental health services in a greater unity state.

“On this wonderful day, I assure you MSF Holland is working tirelessly to provide all mental health services to make sure that people are free from mental disorders and traumatize,” Mr. Tunguar said.