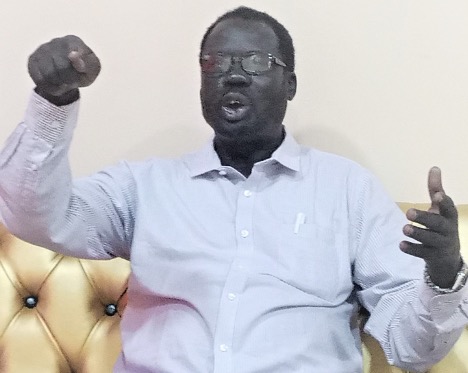 President Salva Kiir Mayardit and his First Vice President Riek Machar have been reminded to speed up implementation of the critical pending tasks within the 2018 revitalized peace deal.

Wol Madut, the Chairperson for People’s Republican Party told The Juba Echo on Thursday that time is of essence in order to usher in peace and stability in the country.

“In 2023, I have a message for the nation, for the leaders that are running the affairs of the country, the decision that they have to take should be completing implementation of the peace agreement,” said Madut.

“We want to save the people, we want to solve problems, the peace agreement needs to continue, there is need to take tough decision such that the continuous problems stop, we want to establish good system, establish democracy in our land,” he added.

The pending tasks include the full graduation and deployment of the 83,000 unified forces, enactment of permanent constitution to replace the transitional constitution 2011, and also establishment of institutions of transitional justice and accountability.

The delays in deploying the unified forces have led to intermittent communal violence, cattle raiding, child abductions, and land-related conflicts in some parts of the country.

Edmund Yakani, the Executive Director for Community Empowerment for Progress Organization (CEPO) on Wednesday urged the Presidency to act timely on the establishment of the constitution drafting committee, reconstitution of the National Constitution Review Commission, National Election Commission and the Political Parties Council.