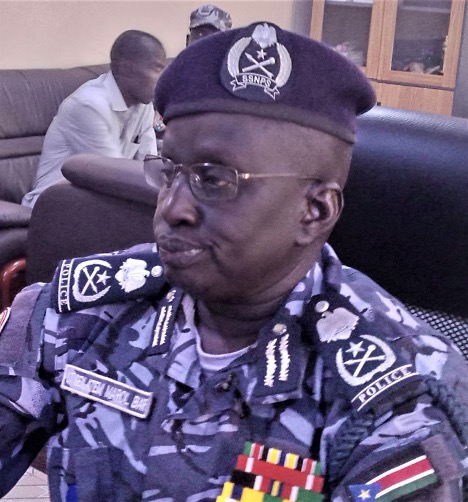 The directorate of civil registry, Nationality, Passports and immigration on Friday revealed that it has resolved the technical error that disrupted their services for a while and are now ready to begin issuing passports on Tuesday next week.

The head of the directorate Lt.Gen.Atem Marol Biar, apologized for the anomaly and invited everyone whose passports have delayed to begin reporting to their offices to collect it starting on Tuesday next week

“Regarding the states and foreign missions, I would like to request them to send their lists to the department of ICT on Monday August 22, 2022 so that we can print their passports,” he said.

The nationality, Passport and Immigration office late last year  was put out of action by its German technology provider, Muhlbauer who switched off their system due to failure by South Sudan government to pay its bills.

Biar advised  all immigration officials whose roles are to  verify the documents to be very careful and alert at all times so that issuing documents to people who do not deserve it are controlled.

He revealed that they want foreigners to do  verification from their embassy so that it is easy for them to handle those who will need express visas whom he advised must be able to inform them at least one week before the demand of the express visa in put on their desk.