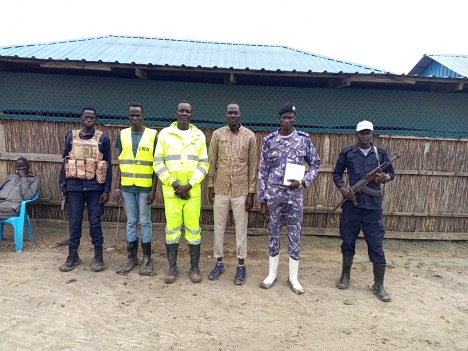 The internally displaced persons who took refuge in the protection of civilian sites in unity state have applauded the plan by government of South Sudan to graduate the unified forces ahead of time.

Mr. John Nhial Ruai, the chairperson of Bentiu IDPs camp told Juba Echo that his leadership and the entire IDPs camp dwellers have welcomed the early graduation of the unified forces voicing hope that this may smoothen civilian protection and restore sovereignty in South Sudan.

“I believe the graduation of forces will bring to an end insecurity, revenge killing and raping of women previously witnessed in many parts of this country. We are tired of war and we all welcome the unification of the forces,” he said.

The camp chairman who enquired the warring parties to put aside their differences observed that, the unification of forces if handled with care can lead to civilian protection which is instrumental for the restoration and promotion of peace and unity in the country.

“I urge warring parties to put down their differences and focus on the implementation of the revitalized peace agreement to end suffering in South Sudan,” he pleaded.

The fourth division spokesman for South Sudan people’s defense forces (SSPDF), Abot Wai Abot confirmed that the team charged with the responsibility to graduate the unified forces will arrive in unity state ahead of time to perform the exercise as soon as possible.

“The graduation team will arrive in unity state as soon as possible, they are only waiting for logistics and go ahead from the SSPDF headquarter,” the SSPDF fourth division mouth piece revealed.