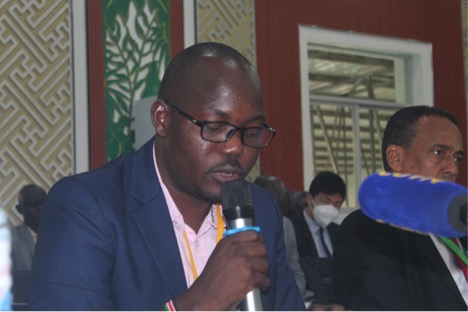 The coalition of women, youth, and civil society within the Reconstituted Joint Monitoring and Evaluation Commission (R-JMEC) have suggested three -months of wider public consultation on the recently extended roadmap.

Malish John Peter, Youth Representative at R-JMEC, said the transitional unity government must first engage the public on the roadmap and its implementation before it’s endorsed by all stake-holders in the country.

“We submit that today, this meeting adopts a resolution that gives three- months for consultation with citizens to solicit their views on the proposed extension,” Peter said during the recent R-JMEC meeting in Juba this week .

Peter said youth demand to have a say on the contents of the roadmap and its implementation.

“We need to have views on the extension of roadmap and on how the extension will look like. This would also give chance for the parties to explain why the agreement lagged behind in its implementation,” Peter said.